13 Sex Questions Everyone Has Before (And After) Their First Time 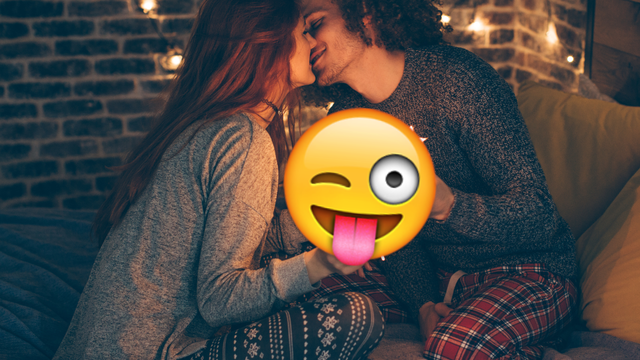 Well, because we care about you and we want you to have a nice time, we did a little digging and turned up some of the most popular sex questions that people are dying to find out the answers to. Don't say we never told you anything useful.

Does sex hurt?
Sex can be painful for a lot of girls the first time around, but, obviously, to varying degrees. Pain can depend on factors like the individual and whether or not you've been sexually active in other (non-fully penetrative) ways. Sex can, however, be painful for other reasons after your first time.

Does sex cause UTI (urinary tract infections)
Short answer is that sex can cause UTIs in both men and women.

OK, this is going well. What about...

Is sex good for stress?
Sex can be good for stress. The brain famously releases endorphins (feel good hormones) during intercourse that can elevate your mood. But if you're stressed out in your life I wouldn't recommend having sex as some sort of coping mechanism.

Is sex good exercise?
Nice try, but no. As we mentioned above, the average sex session burns around 100 calories for men and 69 for women. You're going to want to burn a lot more calories than that if you want to call it exercise. 30 minutes of running burns 300 calories. Maybe go for a run?

Is Sex and The City on Netflix?
It's actually not, if you can imagine that.

Is sex awkward?
Weirdly enough, sex is like any other social interaction. If you or your partner make it awkward then, guess what? It's going to be awkward. Being open about what you like and don't like and refusing to be ashamed of the most natural thing in the world will certainly cut the tension.

Now, for the lightning round...

How do you know if you're ready to have sex?
If you feel informed, mature, and emotionally prepared to handle sex (and all the stuff that can come with it), then you're ready. No one can tell you if you're prepared. You know yourself best.

How long is sex supposed to last?
Honestly, how long is a piece of string? Different "strokes" for different folks.

Can you get pregnant/get an STI the first time?

Can you say 'no' even in the middle of sex?
OF COURSE.

Does anything really change about you after having sex for the first time?

the whole concept of virginity is so gross, u dont lose anything the first time u have sex, youre still the same person nothing has changed