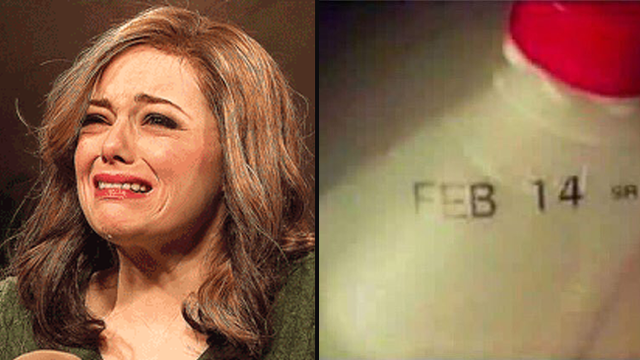 It's one thing being single on Valentine's Day but then there's the fact that you've literally never had a Valentine in your entire existence. No, your parents sending you a cute card "in the post" doesn't count. Neither does that joke card that your friend sent you in high school either. So single. So traumatic.

1) Well first of all, the reason you've never had a Valentine is because you ain't never had a boyfriend.

2) Which is fine, no stress, no drama... until you find yourself home alone talking to yourself in the group chat.

Me: I love being single, no stress is great
Me when everyone's out on valentines day: pic.twitter.com/Fd25alYKEa

3) To be quite honest, Valentine's Day should be universally replaced by a two day Singles Awareness weekend.

That moment you realize your milk has a Valentine's Day date & you don't... pic.twitter.com/KX2S83bK8s

4) It's literally just an average weekday for you.

5) It's like they wait until you've peaked in your lonely post-holiday season misery and then they lay it on twice as thick.

6) Literally everywhere you go, every corner you turn, there's someone reminding you that you're single AF.

when all of your friends are either talking to someone or in a relationship and ur happy for them but you're also sad asf :')))) pic.twitter.com/XqlB78rNE0

7) If you had a dollar for every time someone asked you why you were single, you could literally afford to pay for your expensive imaginary celebrity wedding in cash.

"Why are you still single?" pic.twitter.com/545JiXrFN5

8) You end up questioning it yourself too, tbh.

9) There's only so many years in a row where you can buy yourself a present and send yourself a card.

10) But you'll never get bored of that microwave meal for one though.

11) There's no denying that you low-key want a Valentine just for once...

12) But then again, the perks of being single on Valentine's Day are second to NOOOOONE.