15 Things Only People Who Are Socially Awkward AF Will Understand 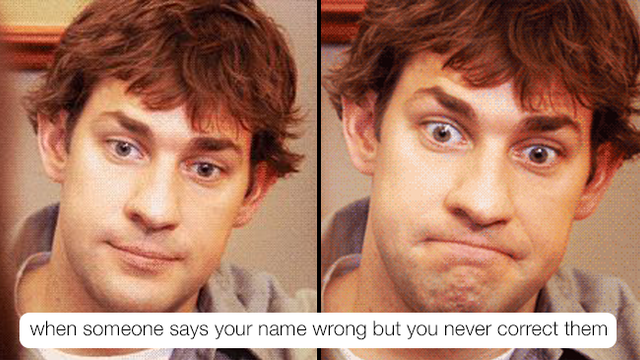 You literally NEVER know what to do with your hands.

It's one thing being shy, but it's a whole 'nother thing being socially awkward. Raise your hand if you've ever had to suffer through any of the nightmare situations we're about to throw at you... we guarantee you'll tick off 15 out of 15.

1) You literally hate being left alone with people you’ve never met before.

There's nothing worse than your friend inviting you out to a group event and then leaving you alone at a table with a stranger. NOTHING worse.

2) You are absolutely AWFUL at making small talk.

Chances are you just sit there for the majority of the time sitting there thinking about what question to ask next, don't you?

3) You’ve either got way too much say or absolutely nothing at all. There is no in between.

The WB / via giphy.com

Either way, it will always end in embarrassment.

4) You’ve been known to rehearse conversations in your head before you actually have them.

Doesn't everyone do that though?

5) You’ve definitely lied to make yourself sound cooler and pretend like you know what you’re talking about.

Fake it till you make it, right?

6) But then you’ve felt guilty about lying for the rest of the week.

Deeeeefinitely won't be hanging out with those guys again any time soon.

Being socially awkward and attempting to flirt only ever seems to work out well on TV.

8) You’ve been called the wrong name before and never made the effort to correct anyone.

You could write a list as long as War and Peace of names you've been wrongly called and never had the guts corrected.

9) You can’t imagine anything worse than standing up and presenting in front of your class.

10) You absolutely dread having to talk to waiters in restaurants.

What if you can't hear what they're saying? What if they don't understand your order? WHAT IF?!

11) Mostly because you hate asking for ANYTHING.

12) If you can't find anything in a store, you call your mum instead of asking someone who actually works there.

"Probably more efficient that way anyway," you tell your awkward self.

13) You get really uncomfortable when you have to look someone in the eye for too long.

Am I going cross-eyed? Are they noticing it? Can they see into my soul?

14) You literally NEVER know what to do with your hands.

My Damn Channel / via giphy.com

Bane of your actual entire existence.

15) You have no idea how to take a compliment.

Best advice: just don't be nice to me.

16) And the most terrifying thing for anyone who is socially awkward... talking on the phone.

Cause of death: too shy and awkward to call an ambulance.