14 Theatre Memes That Only Drama Geeks Will Understand 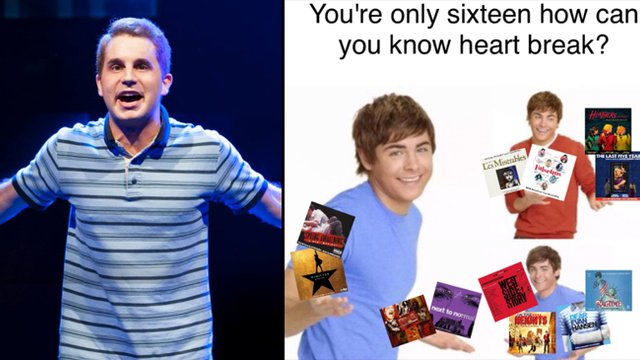 Do you know your Hamilton from your Evan Hansen? Then you will probably find these hilarious...

What clique were you in at High School? Jocks? Goths? Or did you spend every waking minute learning your lines and practising for your on stage kiss scene in the mirror? Then, my friend, you might just be a drama nerd!

Whether you've seen every show nominated for a Tony award or just have that one friend who won't stop talking about Dear Evan Hansen, these jokes should sound pretty familiar to you. Bring on the drama.

1) The struggles of balancing school work with your real priorities:

4) That one actor friend we all have:

6) You know you're a real meme when Spongebob is involved:

7) We all know the feeling: