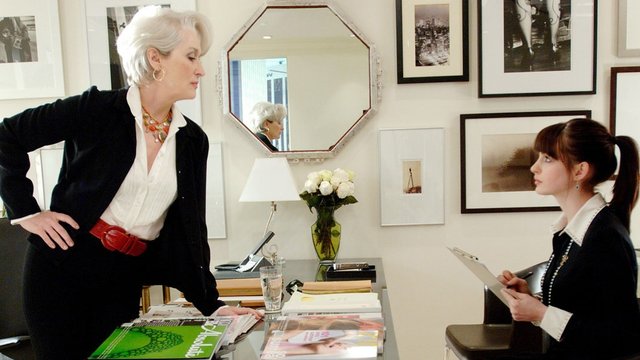 If you've ever been on a job interview then you already know that the whole experience requires patience, a dash of charisma and the wisdom to know what topics are off limits.

Sometimes it's hard to know what talking points can land you in an employer's bad books. Luckily, we've been on enough interviews to be able to pass on the wisdom we picked on along the way.

Here's what you should NEVER say during a job interview.

"I'm desperate for this job."
Sometimes going to job interviews is like going on a date. You want to seem well dressed, in control, and confident Even if you've been job hunting for 6 months, using the words "desperate" or talking about how you'll "do anything" is not a good look.

"I'm very busy but I can make time"
There are certain life scenarios when it's good to seem slightly out of reach. In a job scenario, that's not the vibe you should be going for. Mentioning the cool projects you're working on is good. Acting like you're Anna Wintour trying to put out the September issue is not cute.

"I hated my last job/I had a terrible boss"
You may be asked what you learned at your last position. In your answer, be careful not to bad mouth your previous employer or position. Learn to be diplomatic and stick to the positive experiences you had when it came to your last job.

If an employer specifically asks what you disliked about your last position, say something noncommittal like, "I wish I could have had more responsibility in order to grow in the role."

"I'm bad with _______"
You might see nothing wrong with admitting you're "bad with math" or "bad with customers". But the truth is that there are better ways to frame these sentiments.

"I have strong skills in written communication and constantly work hard at improving my bookkeeping abilities" is a nice way to frame your strengths and weaknesses.

"What is the policy with vacation time?"
Does it make sense to ask about vacation time for a job you don't have yet?

"I'm not sure this is what I'm interested in"
You don't always have to be *perfect* for a job. But you at least have to act like you're interested in the role. Be attentive, curious, and ask thoughtful questions. If you're genuinely not interested in the job then don't apply for it.

"I didn't research the company but..."
Google is a free website that works. If you have time to research your ex 10 times a week, then you can spend 20 minutes Googling and taking notes to prepare for an interview.