5 Things To Say To Your Friends Who Aren't Voting 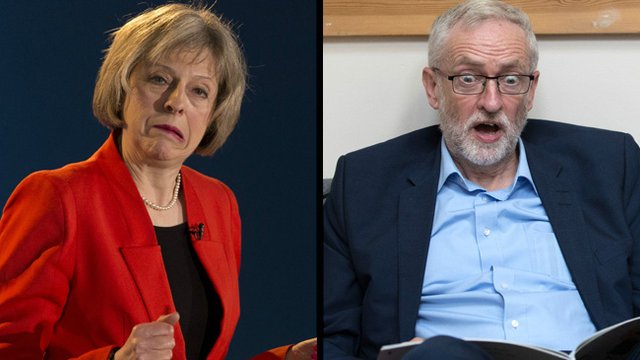 If you live in the UK, you might have noticed that there is an election going on. Tomorrow (8 June), the whole of the UK will be voting for to elect a new government who will ultimately make decisions that will affect your life. And we ain’t lying hunny boo…

You’ve probably seen the fear-mongering headlines, the scathing twitter debates and, of course, the hilarious memes. But, sometimes, it can be hard to hear anything beyond just…noise. So you or your friends might be thinking, why should I vote at all? It doesn’t affect me! Aren’t politicians all just utter bastards anyway? Does one vote really matter anyway?

Well henny, it does matter. It really fucking matters. And before anyone decides to skip this one out, we thought we'd put together a handy guide to any reluctant voters out there.

Historically-speaking, young adults have a much lower voter turnout than their parents or grandparents.

Political parties know this, and so they are less inclined to help younger people, choosing to help those who do vote instead. It’s a vicious cycle: the more younger people are ignored, the less likely they are to vote. I mean, why would you? It SUCKS.

But the only way to break this cycle is to start voting. If more whippersnappers turn up to vote, the political parties will have to sit up and take notice. It must start with you and me and all of us. Let's make them listen.

“Millions Of People Vote So My Vote Doesn’t Matter”

In 2015, Conservative MP Byron Davies beat a Labour candidate to win his seat by just 27 votes. You’ve probably got at least 10 times that number of followers on Snapchat! Imagine if just 28 young people had decided to head to the polling station instead of chilling at home using the dog filter over and over again? Every *clap* Vote *clap* Counts *claps*.

“Theresa May Is Going To Win So What’s The Point?”

Whoa nelly! Have you not learned anything from recent events? Polls can get it wrong…very badly wrong!

The polls thought Britain would stay in the EU and Hillary Clinton would be President. So, don’t stay at home because of the predictions. It ain’t over till the fat lady sings (me) so whether you want Theresa in or not, you've got to get out there and vote. One vote can make all the difference.

“Their Decisions Don’t Affect Me Anyway”

Whether it’s tuition fees, Brexit, mental health provisions, gender equality, jobs, the price of a pint, ticket touts, music venue closures, tampon tax - whatever is it - you name it and it will be affected by government decisions. You have a choice: moan about these things for the next five years or vote to help improve them.

“I Don’t Know Who To Vote For”

Don’t know who to vote for? Well, finding out which party is best for you is much easier than you think.

There are loads of sites where you can answer questions a wide range of issues and then they’ll match you to parties with similar views. Or you can read their manifestos, which will take a little longer. Why not chat to your friends and family to? You might not agree with them but it might help you realise who you DON’T want to vote for. What we're saying is that you might be surprised just how much you do care and how that much that will motivate you to vote.

Now, we could go on all day but what were really trying to say is JUST GO AND VOTE IT’S GOOD FOR YOU. Thanks.