10 Fearless Women Who Won After Being Told "No" 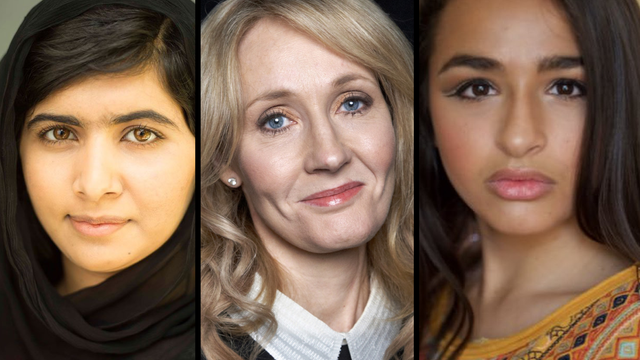 It's not easy being told "no". Whether it's "no, you can't achieve that" or "no, you're not good enough", there is always a sting when we're told we can't do something.

To celebrate women and all their amazing achievements, we thought we would highlight some amazing characters from then and now who proved that being told "no" is not the end of the story.

Malala Yousafzai got the ultimate "no" and bounced back like nothing you've ever seen.  In 2012, she was targeted and shot by the Taliban in Pakistan. Amazingly, she lived, wrote a book about her experience and started a foundation to bring education to young impoverished girls. When she was 17 Malala won a Nobel Peace Prize.

Hari Nef was rejected by three modeling agencies before signing to IMG. She's outspoken, fearless, and unafraid to be herself. She began modeling around the time of her transition, and was IMGs first openly trans model. Hari eventually landed herself a spot on Transparent and as a face of L'Oreal.

It's wild to think that many women around the world were fighting for their right to vote less than 100 years ago. Some of the reasons against women's rights to vote? The "evil" of the unknown, the fear of women voting with or even against their husbands, and competition among men and women. Well, we got the vote, so that's settled.

Though there were many heroes of the American Civil Rights Movement, Rosa Parks is certainly a standout. In 1955, Parks was asked to give up her seat to a white man on a Montgomery, Alabama bus. When she refused, Parks was arrested and told that she had broken the law with her refusal. On the day of her arrest, Parks vowed never to be humiliated like that again. Her actions eventually led to the desegregation of Montgomery buses, a catalyst for American civil rights. 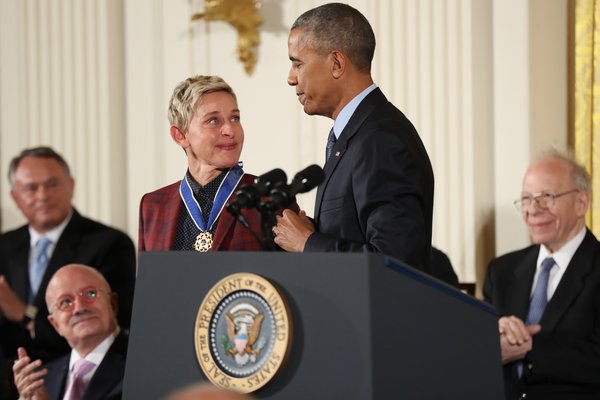 In 1997 Ellen came out as gay on television. Under the pressure of anti-lgbtq groups in the late 90s, Ellen lost her show and said she felt like she had hit "rock bottom".  After being faced with the very real possibility that she was about to lose her career, Ellen managed to regain her success, land her own daytime talk show, marry the woman of her dreams, and become one of the highest-paid women in Hollywood.

Before good ol' Stephanie G. became the Lady Gaga we all know and love, she was a small artist signed to Def Jam records. If you know your Gaga history, then you already know where this is going. Three months after signing to Def Jam records, Gaga was dropped and forced to rediscover herself as an artist. Thankfully, this ends as a success story because Steph is one of the highest-selling recording artists in the entire world. I'm sure Def Jam are eating their hats as we speak.

via gurl
J.K. Rowling may be one of the most successful authors of the last two decades but she wasn't always a massive hit. Before she gave life to our favourite bespeckled wizard, Jo was inundated with loads of rejection letters. She was a single mum at the time trying to get by and desperately trying to get published. Before she landed a book deal and gave the world Harry Potter, J.K. received loads of rejection letters, one of which advised her to take a writing course!

Teen internet personality and activist Jazz Jennings began living as a girl at the age of 5. Jazz says she faced discrimination at a young age and was prohibited from using the bathroom of her choice. Though trans rights and trans visibility has improved leaps and bounds in recent years, Jazz came out at a time when gender dysphoria wasn't understood the way it is now. This year it was announced that the first transgender doll modeled after Jazz is due to hit shelves in coming months. That, on top of the fact that she is an author at such a young age, and it's easy to see how Jazz is perfectly illustrating the power of giving yourself a voice.

via Oprah.com
Maya Angelou was best known for her moving literary works. What most people don't know about her is that she was an aspiring film director as well. In the 70s Maya hoped to direct the film adaptation of a screenplay she wrote called "Georgia Georgia". She even took classes to learn how to better direct. Unfortunately, she was told that she would not be allowed to direct the film, and a Swedish director was given the job instead. In 1998, at the age of 70, she was finally given the chance to direct her first film, Down In The Delta.

Oprah is best known for her long-running and hugely successful eponymous daytime chat show. She's also known as one of the richest women in the world, with a net worth of $3 billion. Before she became all that, Oprah had a rough upbringing and was fired from her first on-air job for being "unfit for television". After being fired, she moved to Chicago to host a show that literally no one watched and eventually earned high enough ratings for that show to be rebranded as The Oprah Winfrey Show. The rest, they say, was history.