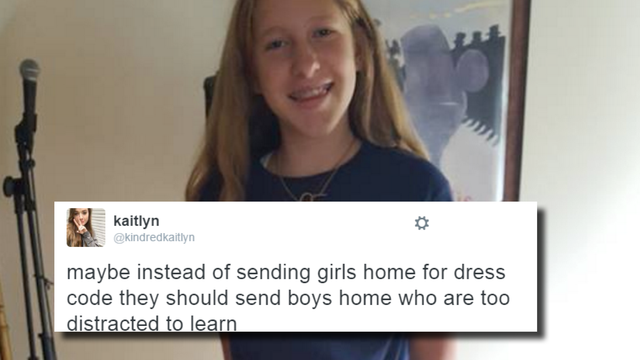 This is why dress codes are total trash.

Girls in school get shamed for their clothing choices every day. Their shirts are too low cut; their sleeves are too thin; their skirts are too short. It never ends.

Of course, there is a certain level of appropriate dress that students should be expected to follow but, on occasion, enforcement of dress code policy crosses over into very strange territory.

12-year-old Reese Franyo went to her South Carolina middle school wearing what anyone could see was a perfectly reasonable length jean skirt.

The school's dress code states that skirts must fall five inches above the student's knees. Reese and her mother say they spent a long time searching for a skirt that followed her school's dress code to the letter. So, imagine their surprise when Reese was sent to the principal's office for the rather modest skirt.

Reese was singled out in front of her classmates and told that the skirt she wore made her look like she was going out "clubbing".

When Reese's mother arrived, she measured the skirt herself and, surprise surprise, it was totally in accordance with school dress code.

The school's principal then went on to explain that female students were monitored so closely for their style of dress because boys at that age (12?!) were easily distracted by female students.

We see this in schools so much that we've almost become immune to this deeply flawed line of thought, but one thing that should bother you is Reese's age.

No 12-year-old should she be told that she should change the clothes she's wearing in order to avoid being sexualized by young men.

The middle school dress code really bugs me.
I see girls being " dress coded" all the time, never boys.
Women and girls are policed too much

Sure, if Reese was wearing a mini skirt that was entirely inappropriate for someone her age, then the teacher's assessment might have legs (so to speak). But that's not the case. Most people wouldn't look twice at this 12 year old and projecting your hypersexualized gender bias onto a kid proves that schools need to think twice about how they treat young women.

What do you guys think? Was this skirt inappropriate for a 12-year-old? Did she look like she was going "clubbing" or are dress codes total trash? Sound off in the comments below! 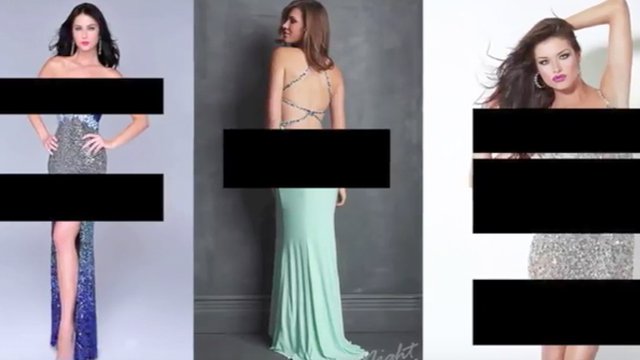