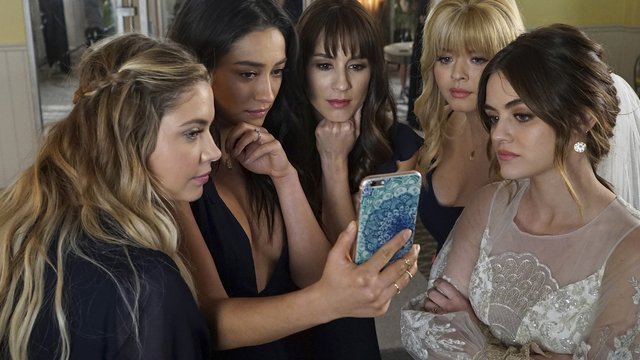 Is there anything more socially egregious than an unsolicited dick pic? Say you're sitting down to lunch and you receive a notification from a dude you've been casually talking to for, like, a week. You look down at your phone and see a photo of a fleshy appendage from a person who probably doesn't even know your last name. Yeah, it's rancid.

Now that you're sufficiently grossed out, I am, unfortunately, obliged to inform you that gross dudes are airdropping dick pics to people in public because social norms are a thing of the past.

New York Post is reporting on a disgusting new trend of people sending strangers dick pics on their iPhones via public transportation wifi. Anyone who has ever used an Apple device will know that users can Airdrop files and photos to people on the same network if you have settings "everyone" enabled instead of just "contacts only".

One woman, Britta, says that she was riding a train to a concert when she received a notification requesting to "share a note" with her. When she accepted the "note", what she received was a close-up shot of a penis. Yikes. 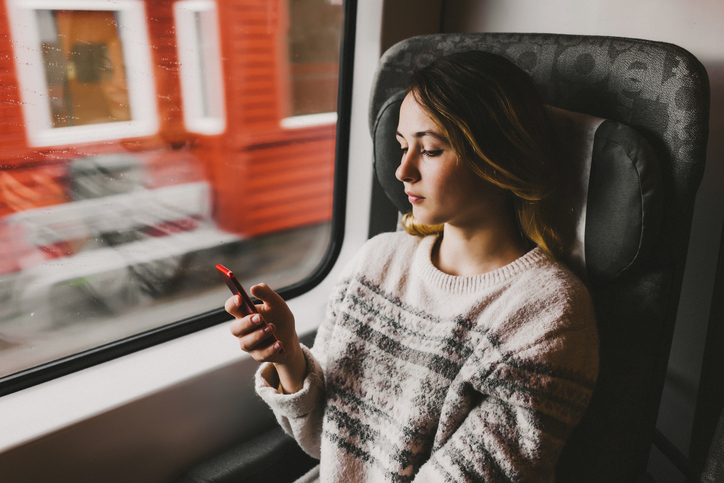 As it turns out, this is actually super common. One quick twitter search of "airdrop" and "dick pic" will yield a ton of people tweeting about this gross practice. 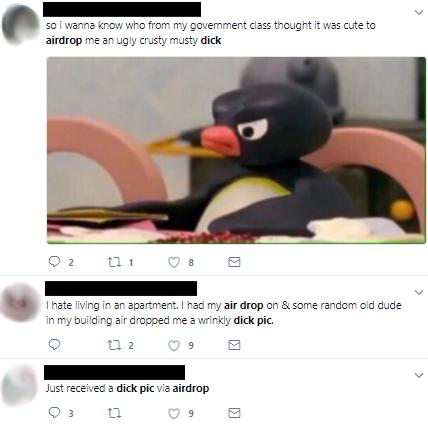 We have all known enough dudes in our lives to be acutely aware of the fact that dick humour is extremely popular and widely regarded as harmless fun. However, sending people unsolicited photos of your genitalia is super tacky and very bad form. Flashing people is illegal and this is 100% a form of digital flashing.

You may also consider the impact that this has on women's psyches. Being unbothered in public and private spaces is a luxury that is rarely afforded to women. Next time you're on a train thinking of airdropping a dick pic to someone, count to 10 and watch a funny video on your phone instead.