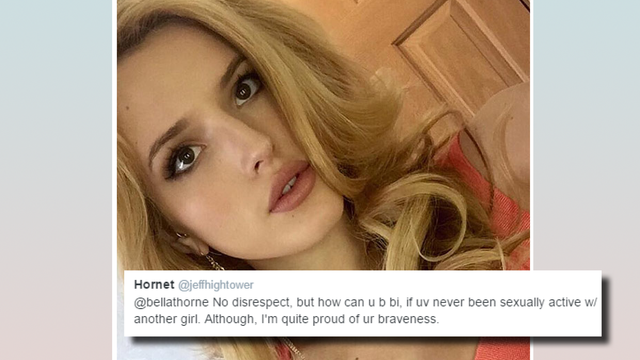 THIS is how you teach someone about sexuality.

As you may or may not know, Bella Thorne recently came out as bisexual in the chillest way possible. The majority of her fans were super supportive but some have had a few questions for the star.

Of course, Bella doesn't owe anyone an explanation about her private life but that doesn't mean she is opposed to sharing some info that might help people understand her a little better.

One twitter user posed the following question to her, prompting a very important conversation about sexuality.

A couple of things are wrong with the question.

First being that the OP assumes Bella's sex life is any of his business. The second problem is that, like a lot of others, he assumes that to be gay or bi, you have to have had intercourse with someone of the same sex. Also very not true.

Haven't Heard The New Popbuzz Podcast? We Can Fix That.

Fans were quick to point out that fact.

@bellathorne @jeffhightower how can straight people be straight if they're still virgins?

The OP quickly realized that there had been an error in his thinking and admitted that he was still learning.

@Frankie_Harper9 @bellathorne I am understanding that now. The internet has been helpful in letting me know that. Thank you also.

This sparked a very important conversation but it's important that we keep having it as often as we can.

Gay, lesbian, bisexual, and trans people are constantly having their entire existence boiled down to who they're sleeping with and whether or not they've "tried" being with the opposite sex.

Pssst: Sexuality exists on a spectrum. Pass it on.

Meanwhile, well done to Bella and her fans for respectfully helping someone understand this not-so-complex but often misunderstood issue. 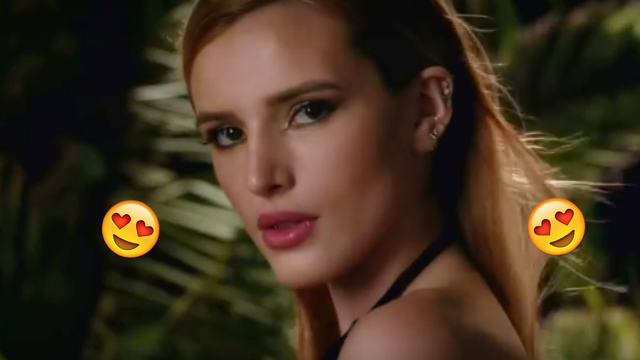 WATCH: The Trailer For Bella Thorne's New TV Show Has Arrived And It's Spicy