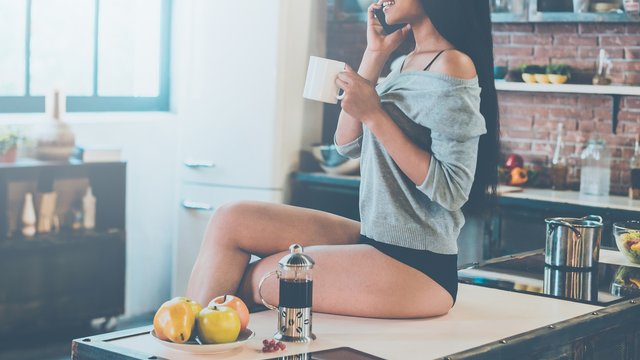 Yeah we've only been waiting a million years for this.

I'm sure that we've all experienced the dreaded white panty liner against black underwear scenario. White anything can be a bit clinical but white panty liners are an especially unsubtle necessity.

Imagine our surprise when we were informed that black panty liners were finally a THING that we could buy in actual stores.

Bodyform have come out with a line of black panty liners (28 for £1.50?!) and we've been high key waiting for this moment. You know, for when you're changing at the gym and the white liners are totally obvious; or when you're having a special moment and, again, TOTALLY obvious.

These panty liners are especially designed for black underthings (aka 98% of our underwear drawer). In fact, we can't escape the inclination to think of these as emo panty liners. They match your nearly all black wardrobe/soul and finally give you options.

They're still as functional as your run-of-the-mill white ones (breathable and flexible), but now they're a bit more subtle and they definitely match the contents of our underwear drawers.

Yeah, it might not be the biggest deal in the world, but it's always a win when the little inconveniences finally get a solution.