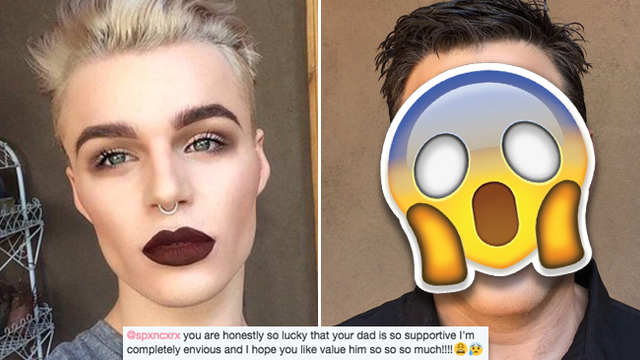 He's a 16-year-old aspiring make up artist from Arizona.

And he can beat his face for the GAWDS!

But it wasn't his own flawless facial structure and eyebrows so sharp they could slice a watermelon that sent him viral this month. He's gone viral for an even more AMAZING reason. In honour of Father's Day, Spencer's Dad let him do his make up with full contour and a killer dark lip.

Scot Claus underwent a full on makeover in support of his son's dreams and aspirations. He even took snaps with the same poses as Spencer's original ones. The outcome was so fierce that it has now been retweeted over 10 thousand times!

Needless to say, the internet cannot get over it.

@spxncxrx I was like wow his lips, then wow his eyes, then I saw the eyebrows and I was like FUCK ME UP and the contour woW I'm jealous

@spxncxrx this is the cutest thing I've ever seen

@spxncxrx you are honestly so lucky that your dad is so supportive I'm completely envious and I hope you like value him so so so much!!!!

@spxncxrx this is so awesome in so many levels

Speaking to Buzzfeed, Spencer - who identifies as genderqueer - said that he “receive[s] so much more love than I do hate. I have been extremely fortunate to have the supportive parents I do and I am forever grateful to them.” *heart eyes emoji* 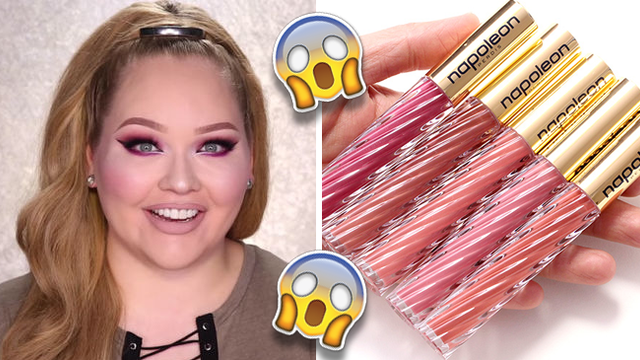 Here's How To Do Your Entire Makeup With *ONE* Product 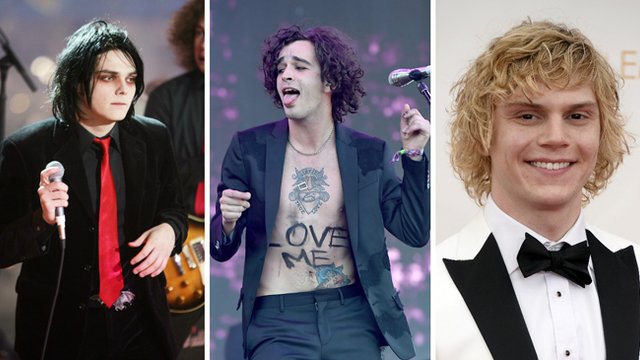