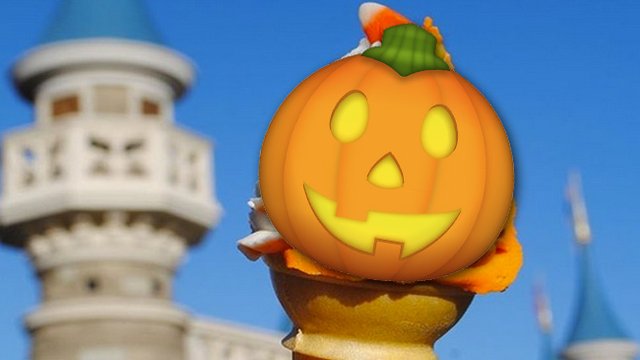 The special flavour will be available at the Magic Kingdom until November 1st.

Everyone loves Halloween right? And even lactose intolerant people can't resist the lure of ice cream right? Well, those geniuses over at Disney have done the only logical thing you can do at this time of year and created a new Halloween flavour of soft serve especially for the season.

Only problem is that it's candy corn flavoured:

Happy #NationalCandyCornDay Do you like or dislike candy corn? I don't like it. And yes this is a candy corn soft serve from WDW. Have you tried it? #WD #Walt #Walter #Disney #WaltDisney #CandyCorn #softserve #candycornsoftserve #magickingdom #waltdisneyworld #disneyworld #PixarDisneyMagic #WalterDisney

Oh no. Can you get diabetes from a single picture? Because we think we just did.

Yes, tragically everyone's least fave Halloween treat has been the basis for this new flavour (honestly, it's not that we don't like it, it's just so damn sweet that we feel our teeth may fall out of our faces after three licks. Seriously, it's a concern).

Still, at least the cones and cups look very pretty on Instagram as you cruise around the parks:

Candy corn soft serve! I always have to get this at MNSSHP - Meredith

Plus it certainly seems to have found its fanbase online:

Omg I just had candy corn ice cream. 14/10, would recommend, would eat every day of my life

They have candy corn ice cream at @DisneylandToday and I'm so shook I need to try one NOW.

Each to their own we guess...

If you do fancy trying the treat, you can grab it at Magic Kingdom at Walt Disney World until November 1st.