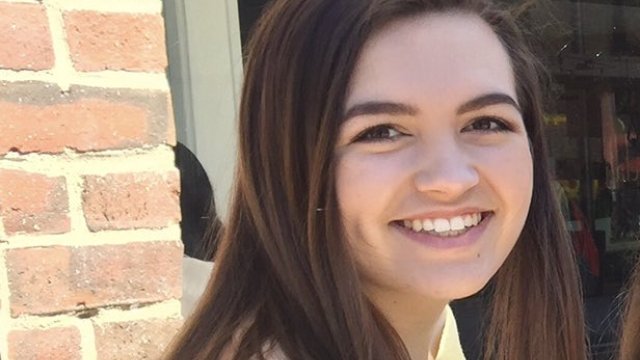 You must be joking.

If it seems to you that girls are continuously fighting against arbitrary dress code rules, no, you're not imagining that. They really are. From spaghetti straps to modest jean skirts, we've heard and seen it all.

When Grace Goble was informed that her senior yearbook photo had been rejected by her school, she was surprised.

In a change.org petition titled "Maine South High School: end the over-sexualization of young women's bodies", Grace highlighted the fact that the sweater she wore in her portrait was "innocent" and explained that she'd worn it TO school in the past.

She also seriously challenged the reasoning behind stricter dress standards for young women."I have spent a good majority of my life wondering why exactly women's shoulders are so offensive. It is ridiculous that young women aren't allowed to wear the clothing that they wish to wear simply because it could possibly distract someone," she wrote.

This is the school's actual policy on prohibited clothing.

"Students are expected to wear opaque clothing that covers them from shoulder to approximately mid-thigh. For example, students shall not wear halter tops, garments with thin straps, or strapless garments. Garments that are “see-through,” cut low, or exposes one’s midriff are not acceptable. Skirts and shorts should not be shorter than approximately mid-thigh."

Grace included the offending yearbook photo in her petition. 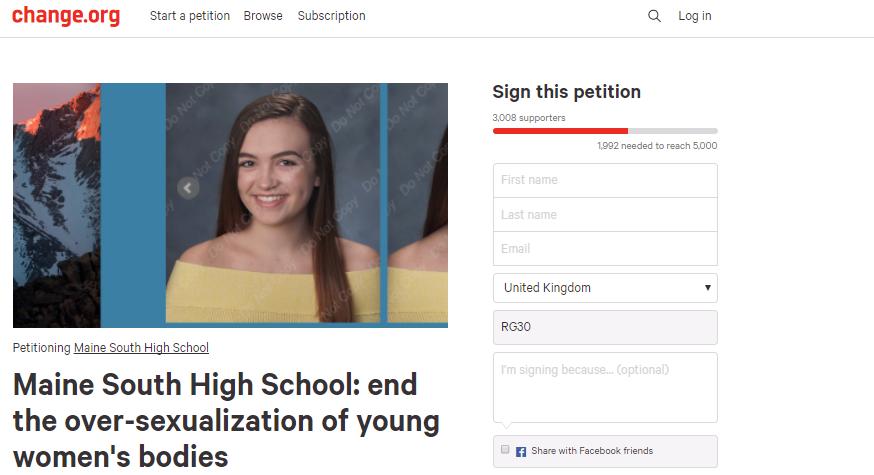 Many schools in this situation tend to brush off student and parent concerns. However, Grace recently revealed that her school had actually taken her concerns seriously.

After gaining national attention for her campaign, her school had a change of heart.

She updated the original petition with her school's response.
"The Principal of Maine South has contacted me to let me know that they have decided to include this photo in the yearbook. He also let me know that he plans to organize a student group dedicated to updating and revising this policy. "

This just highlights how problematic blanket bans on certain "types" of clothing can be. There is nothing inherently "sexy" or "distracting" about shoulders. Good on Grace for fighting something she knew was wrong and good on her school for actually listening.