Instead Of Self Harming, This Teen Re-Created A Masterpiece On Her Leg 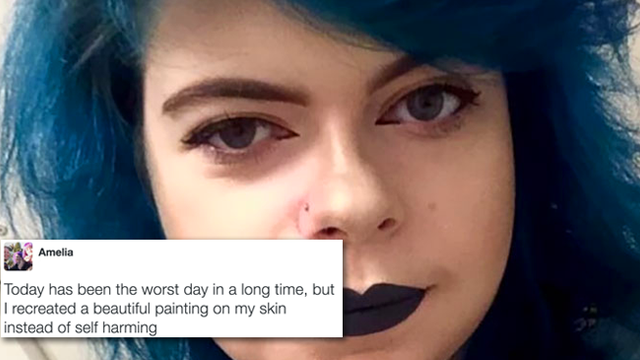 So, this is a pretty damn inspiring story. A student from the UK has shared her story on social media after she decided to re-create a famous painting on her body, instead of self-harming.

Amelia, an 18-year-old student at the University of Manchester, wrote in a now protected tweet:

Today has been the worst day in a long time, but I recreated a beautiful painting on my skin instead of self-harming.

She attached a picture of the painting, a version of Van Gogh's 'Cafe Terrace At Night'. 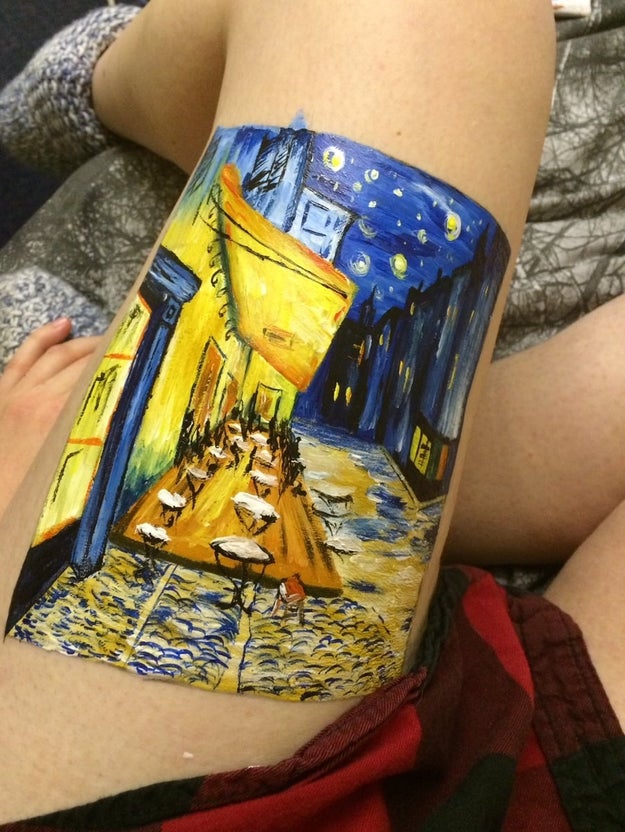 Speaking to The Huffington Post UK, Amelia revealed that she had suffered from self harm and depression for many years.

“I decided to create the painting to channel my feelings into something positive, instead of something destructive. I wanted to create something beautiful, to try and help to work towards ending the stigma against mental health in society by sharing it over social media.”

Before making her Twitter profile private, she was showered with positive messages; many praising her courage, strength and talent. Some even shared how proud they were of the teenager and how much of an inspiration she was.

@mimhxlls Girl I've been there and I just want you to know that it will be get better Also this is incredible!!! Van Gogh would be proud

@mimhxlls you're so brave and inspiring! Even I don't know you, I'm truly proud of you. Hope you're feeling a little bit better today.

@mimhxlls this is so beautiful and so much better than self harm I'm proud of you!! Your style is amazing

What a beautiful way to work towards ending the stigma of self-harm.