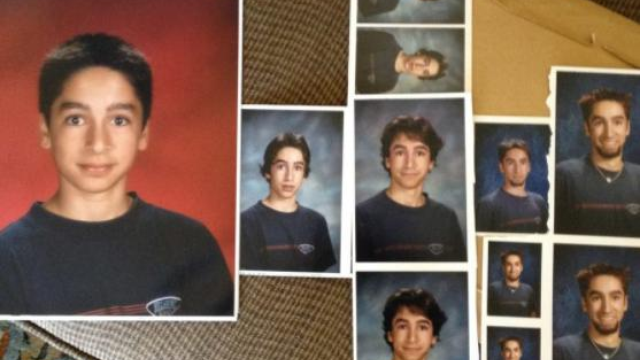 You know when you commit to a joke? Like, really commit? Nike Marketing Director Justin Taylor tweeted about a prank he played for 7 years in school and we need to learn this level of commitment.

So from 6th to 12th grade i wore the same shirt in every school photo. My parents weren't fans. I thought it was pretty hilarious. pic.twitter.com/2iL6Hc80ln

When it came time for picture day, Justin would put on the same shirt and smile for the camera from grades 6-12. His hairstyles changed, he grew a beard, and got a bit bigger but the shirt stayed the same.

Understandably, his parents weren't huge fans but it's a perfectly executed joke that he gets to look back on with fondness.

Justin told Mashable that, it was an accident at first. But, when he realized that he'd worn the same shirt two years in a row, he just decided to keep it going.

what an amazing decision for a 7th grader to make

But wondered how he fit into the shirt for so long.

The best part? It still fits!