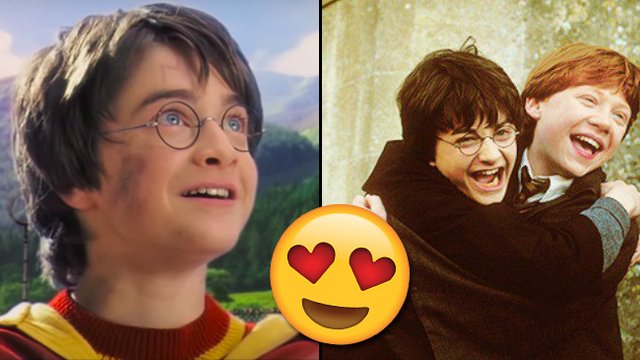 This study has some pretty interesting findings about the kind of people who love the work of JK Rowling.

Hogwarts fans have finally had confirmed what they all already knew - reading the Harry Potter books just makes you a better person!

Pretty 52 have unearthed a 2014 study that examined the attitudes of young students in relation to how they identified with the classic JK Rowling novels.

For example, the first part of the study, which revolved around a six-week course on Potter given to a group of Italian schoolkids, found that kids who identified with the title character had "improved attitudes towards immigrants".

A later study of 117 Italian high school students found those with a greater "emotional identification" with Harry had more positive percepions and associations with the LGBTQ community.

Finally, researchers spoke to UK university students and found that those with less of an emotional connection to Voldemort had "improved attitudes toward refugees" (I mean, you'd hope nobody identifies with the dark lord that much but there ya go).

The overall conclusion, therefore, was that people who identify with Harry had a better attitude towards other muggles. It really is the best book series of all time isn't it?

Now, can we have a new study based around the anger levels in people who didn't manage to get a ticket for The Cursed Child? We have a lot of feelings we'd love to discuss...