"Heterosexual Pride Day" Is Trending And What The Actual F*ck

Pride month is drawing to a close and it's been a particularly....trying one for the LGBTQ+ community and its allies. Now, as a sick joke of some sort, the trend #HeterosexualPrideDay is happening and people aren't quite sure why.

People are really asking themselves why straight people need a pride day when their oppression is...um...non-existent, really.

Today is #HeterosexualPrideDay. So, Wednesday then.

we can have #HeterosexualPrideDay when ur oppressed and preached against and literally murdered for loving who you do, next

you DON'T need #HeterosexualPrideDay because

In fact, people spilled some serious tea on how highkey stupid the whole thing is.

#HeterosexualPrideDay i have nothing against the heteros, i just dont want it shoved in my face, or on the internet where children can see

The dates for #HeterosexualPrideDay 2017 have been announced!

It starts on Jan 1st and runs until December 31st. pic.twitter.com/PdLfq4jWkJ

Can we just wrap all these white/straight/rich pride movements up into one "I'm Sad When Things Aren't About Me" day? #HeterosexualPrideDay

The best thing to come from this hashtag is the top notch jokes people are making about this ridiculousness. It more than likely started as a trolling/joke moment but I'd like to make the serious case that boring offensive trends like this derail actual important conversation around the Pride Movement.

So, in honour of Heterosexual Pride Day (barf), here are some shady gifs you can tweet alongside your 140 character take downs.

2) A reality check from Ru Paul

3) Nene is tired of your Heterosexual Pride Day antics

5) Prince's 'get it together, fam' Grammy side eye 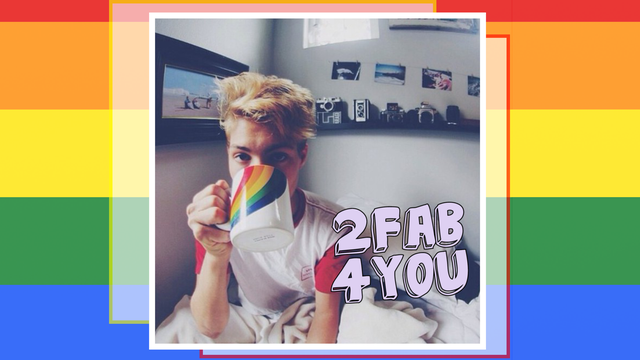