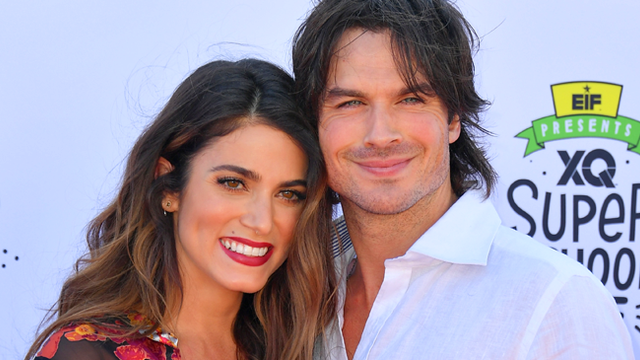 Ian has a six minute video of Nikki "freaking out" as he flushed the pills down the toilet.

The Vampire Diaries alum Ian Somerhalder seems to have got himself in a spot of bother with the women of the internet regarding his wife, Nikki Reed's birth control pills.

The couple recently went on Dr Berlin's Informed Pregnancy podcast to discuss their journey with pregnancy. During the chat, Nikki revealed that Ian, upon the two of them deciding that they would start a family, actually threw out her birth control pills without her knowing so that they could immediately begin trying for a baby.

Speaking on the podcast, Nikki revealed: "[He] threw out all my birth control pills." To clarify the statement, Ian then elaborated on why he decided to do it but his words seem to have angered a LOT of women.

"We decided that we wanted to have children together, and it was just time. But unbeknownst to poor Nikki, she didn't realize that I was going to go in her purse and take out her birth control. By the way, it was the beginning of the pack, so I had to pop all those suckers out," explained Ian.

Ian then said that he filmed a six-minute video of Nikki "freaking out" as he flushed the pills down the toilet. "Actually, now thinking about it, I guess I kind of decided [to start a family]," he said.

Needless to say, a lot of people on the internet didn't react too well to his admission, despite the couple both previously agreeing to start a family.

ian somerhalder recorded his wife hyperventilating about her (missing) birth control that he threw out & she’s still with him....lmfao bye.

ian somerhalder threw away nikki's birth control pills without her consent to get her pregnant bc he wanted kids before 40...i want him dead

Nikki has since responded to the backlash surrounding Ian's comments on Twitter.

WOMEN'S RIGHTS MATTER, so please don't use false narratives to highlight issues that are truly important!

We should be talking about these things,but using a funny interview between married ppl &twisting it to perpetuate gossip is irresponsible