According To A New Study, People Who Love Swearing Also Have This Great Quality 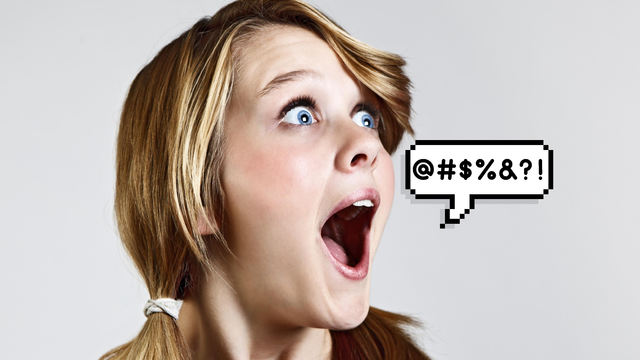 Like most modern women, I love a good swear. I drop a couple of choice adjectives in when I'm ranting about my day, making an off colour joke, or simply getting out of bed. And I'm not alone. In 2009 90% of Brits say they swore every day and did so roughly 14 times a day.

You may have been told your whole life that swearing is bad, but a new study has found that people who swear more often actually tend to be more honest people.

Scientists from the University of Cambridge surveyed a group of 276 people, asking them questions about their favourite swear words and how they use them. They also looked at 73,000 Facebook users to measure the correlation between "profanity and honesty".

All the tests they ran came back with the same answer. People who swear more were found to have more integrity and honesty. They looked at how often respondents were generally dishonest and manipulated others and were pretty convinced that people who swore less actually behaved worse than their swear-loving counterparts. What a world!

So, next time your parents tell you not to swear, politely let them know you're swearing because you're an honest individual trying to make the world a better place one f-bomb at a time.