These iPhone Glitter Cases Are Being Recalled For This Dangerous Reason 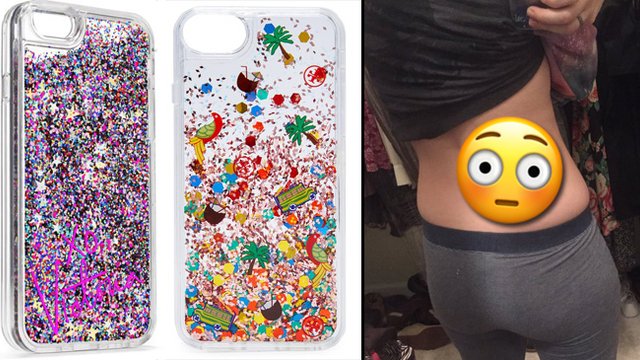 Manufacturers are being forced to recall hundreds of thousands of phone cases sold since October 2015.

Many iPhone users have had to return their cases to manufacturers after it was revealed that the glitter decoration has been causing severe burns for some owners.

Mashable reports that MixBin, a company that makes glitter cases for Victoria's Secret and other brands, are currently recalling hundreds of thousands products after 24 reported chemical burns caused by the leaking of the glittery liquid inside.

tfw the liquid from your iphone glitter case gives u a chemical burn pic.twitter.com/NV8aJdh8X9

The US Consumer Product Safety Commission estimates around 263,000 cases have been sold since October 2015 and that some victims have experienced "permanent scarring" while one has "reported chemical burns and swelling to her leg, face, neck, chest, upper body and hands."

The mobile phone cases were sold for iPhones 6, 6s and 7. You can find the full list of those affected and how to return them over on the CPSC website here.