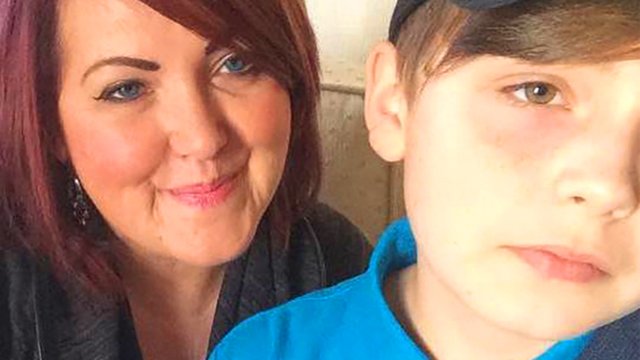 We've all fallen foul of a autocorrect disaster but this story really takes things to the next level.

A British mum had the incredible misfortune of emailing her son's school to tell them she was 'keeping him off' only to accidentally write 'jerking him off' instead.

So who's the unlucky mother? It's Angela Kovacs, mother of Louis, 11, who was unable to attend Park High School in Lancashire after suffering an allergic reaction at the dentist. Little did Louis realise the situation was about to get a lot worse than he could have ever imagined.

Angela wrote to her son's head of year on her iPhone to say:

"Hi I'm just letting you know that Louis had a reaction to the anaesthetic from having teeth out yesterday."

"I'm jerking him off because I need to keep an eye on him and give him antihistamine regularly. Hopefully he will be back tomorrow. Thanks."

She told MailOnline: 'I didn't read it back before I sent it. Once I spotted the mistake I didn't know whether to laugh or cry. The teacher replied saying not to worry, it was fine, but she didn't point out the mistake. She was probably just trying to be polite.

Kovacs then had to meet the teacher one-on-one at a parents' evening, saying that they'd all had a 'giggle' about it. "Hopefully the teachers don't think any less of me because of it."

Wow. Maybe parents should let their child proof-read their messages next time? We hope Angela and Louis have recovered from this episode and taken some comfort by how much this has made us laugh.

QUIZ: Would Tom Holland date you?

QUIZ: Which member of 5SOS would date you?

Hustlers is now available to stream on Amazon Prime

Ladies, abandoning your bra during coronavirus lockdown could make your boobs saggy

How to protect your mental health during the coronavirus pandemic

QUIZ: Will your relationship survive quarantine?

QUIZ: Which famous mother-daughter duo are you and your mum like?

QUIZ: We know what kind of mum you’ll be based on these parenting questions

QUIZ: How will Mercury Retrograde ruin your life this time?