QUIZ: Should You Read Kendall and Kylie Jenner’s New Novel? 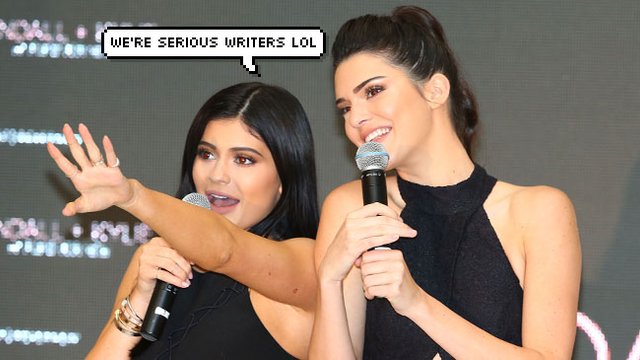 Have Kendall and Kylie written the next War and Peace?

News that will cause tidal waves of bitter resentment from aspiring writers around the world: Kendall and Kylie Jenner have announced they are releasing a SECOND NOVEL.

Who knew the girls were so passionate about writing? The supermodel and lipstick saleswoman made a formidable team when they collaborated on their first novel Rebels: City of Indra: The Story of Lex and Livia.

As any self-respecting bookworm will know, the story follows two sisters, Lex and Livia, who are on a epic mission to rescue Lex's friend Kane. Plot twist: they don’t know they are sisters! *gasp*

The new book, Time Of The Twins, will continue the story of Livia and Lex as they search for "the mother they thought was dead". My god, will somebody just let these girls live already?! The book will hit selves in November.

The reviews for the first novel were scathing, with one reader noting on Amazon, "It's as if someone distilled the stupidity of the entire Kardashian family, let it sit for a thousand years in a vat of sewage, then bottled it for us to consume in the form of this "collection" of "words."

With this in mind, should you read the Time Of The Twins? Why not let this quiz decide...

10 Kylie Jenner Gifs That Sum Up Your Trip To Topshop