You've been hearing a lot about consent lately, I'm sure. #MeToo has opened up a dialogue about harassing behaviour and consent. It has also created a space for women to lead a movement that both holds abusers to account and helps male allies understand how their own behaviour should change in the wake of these difficult revelations.

From this very complex and important moment comes...a consent app and, yes, I heard you sigh all the way from here. 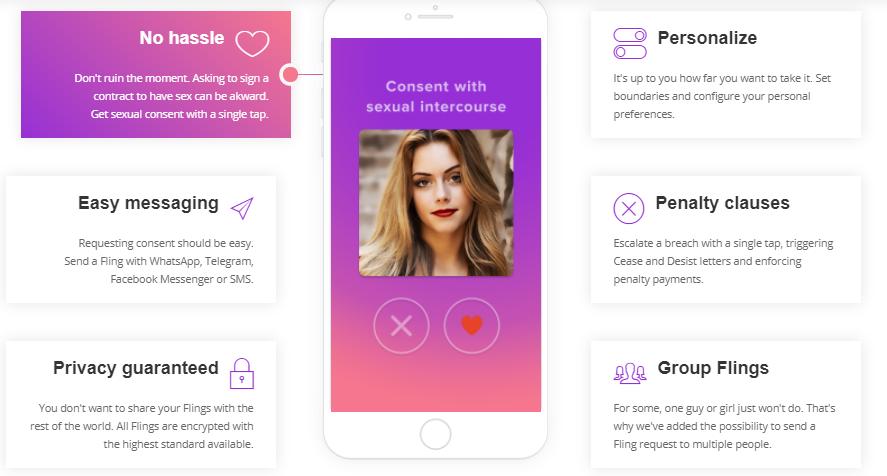 Dutch company, LegalThings have announced a consent app they're calling LegalFling. According to their 'About Us' page, "LegalFling records sexual consent in a legally binding agreement."

A user can "request consent" for an upcoming fling via WhatsApp, Facebook Messenger, Signal, or SMS. The consent invite is also encrypted so no one can lurk who you've been hooking up with. Somewhere Charlie Brooker has just had to bin an episode outline for Black Mirror season 5.

If the idea sounds a bit cold and unhelpful to you, well, you're not alone in your thinking.

This is tech solutionism at its hilarious worst. While we are in the middle of a groundbreaking conversation about shitty male behaviour and consent, techbros believe that trendy tech will help solve the problem  Human lives are more complicated than database commits

Consent during sex is not an immovable thing.

"Consent can be withdrawn at any time during sex. Makes that legal consent app pointless," wrote one Twitter user. "Consent is a continuous conversation," wrote another.

The app urges users to "set boundaries and configure your personal settings." Presumably, in the future you might be able to set your sexual boundaries to things like "kissing only" and "light to moderate fondling".

Screencaps released by the company show the different options one might select or deselect. 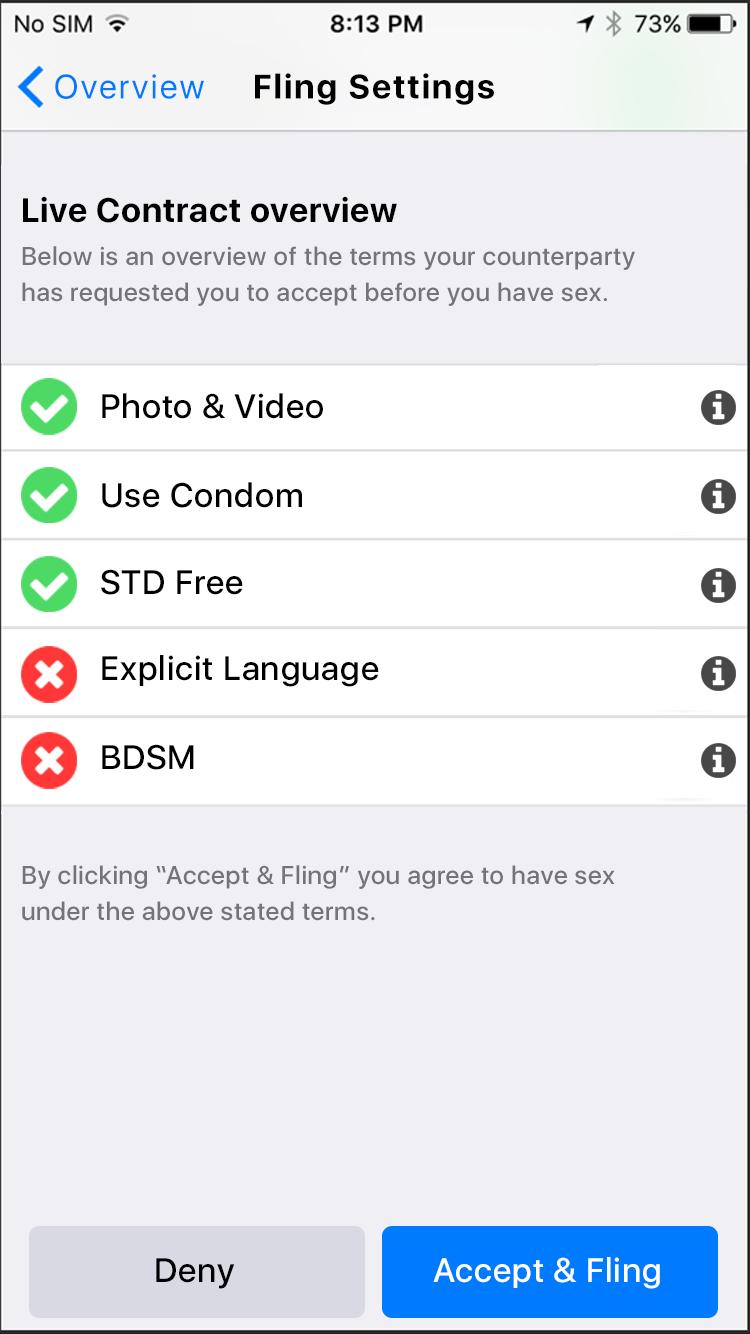 While this app was likely born out of a genuine desire to address a huge issue in our society, this doesn't necessarily answer some of the more complex questions around consent. ie

It's a lot more complicated than just sending sex invites.

We want people to critically and intellectually engage with each other about the concept of consent and I'm not sure 'Tinder, but for suing someone after a dodgy hook up' really counts as that.

To be fair, LegalFling does stipulate that consent can be rescinded via their app, but if you're midway through an uncomfortable sexual encounter, will updating the LegalFling app be the first thing you think of?

Basically, this app provides an overly simplistic answer to a question that not a lot of people are asking: "what's the most pedantic way I get someone to agree to have sex, plus keep a legally binding record of it in case things go a bit left?" It doesn't address the really important issues of communication breakdowns and entitlement.

When you approach sex with the expectation that the encounter has been logged for posterity, it leaves little room for those nuanced and necessary conversations that make sex...sexy.

Legalfling's creators are waiting for approval to unleash their creation onto App store users, so expect your hookups to become considerably more...legally binding (if that's what you're into!) in the near future.