Lena Dunham Made A Huge Mistake With Her Recent Abortion Comment 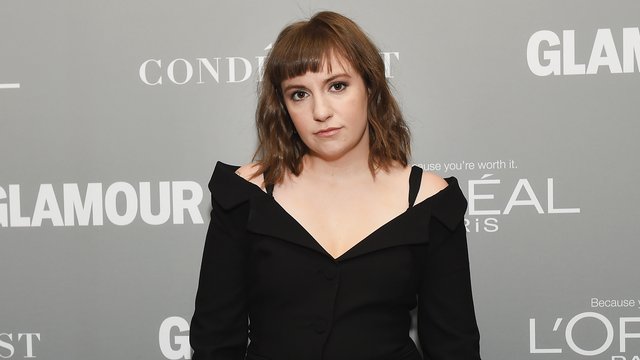 A lesson in what NOT to say...ever.

It's taken a long time, but we may have finally arrived at a place where cultural conversations about abortion are mostly healthy, productive, and free of many of their former stigmas.

Unfortunately, many people, even some pro-choice advocates, are still making statements that harm the conversation over a woman's right to choose.

Girls creator, Lena Dunham has found herself in a bit of a bind, after comments she made about abortion on her podcast were deemed highly inappropriate.

I feel so proud of them for their bravery, for their self-knowledge, and it was a really important moment for me then to realize I had internalized some of what society was throwing at us and I had to put it in the garbage. Now I can say that I still haven’t had an abortion, but I wish I had.

Despite recent TV shows striking the right tone for conversations about abortion, this television writer got it all wrong.

If her words feel unsettling and tonally...off, you're not alone in your thinking.

Somebody let Lena Dunham know that there are other ways to "fight stigma" than to speak about YOURSELF being directly affected by an issue.

Lena Dunham thinks the only way to combat the stigma surrounding abortions.... is to.. literally... get.. an abortion.. https://t.co/oboJvkLcgj

Lena Dunham does not need to have abortion "to fight stigma". This isn't club u get in like the DAR becuz great relative was in Revolution

I'm willing to give Lena the benefit of the doubt. She clearly misspoke. Lena Dunham talks about being a lifelong pro-choice advocate and I believe her.

I'm sure what she meant to say was 'women have abortions for many different reasons and sometimes it's hard to understand what someone has gone through if you haven't experienced it yourself.' Or a simple, 'no, I have not had an abortion myself' would have probably sufficed.

But, by speaking about abortion so frivolously, Lena trivializes the uniqueness of every woman's experience. She also opens the floodgates for anti-choice folks to change her original meaning to fit harmful narratives and stereotypes about the pro-choice movement.

Lena may be fortunate enough to have access to a health service that would be able to accommodate a need to terminate a pregnancy (should one ever arise), but many women do not.

For instance, I live in Ireland, a country where abortions can only be performed if the mother is at risk of committing suicide or if the fetus poses a significant health risk to the woman. Each year thousands of Irish women travel outside of the country just to be able to get what many would consider a basic reproductive right.

While Lena is clearly passionate about women's rights and often uses her platform to shed light on important issues, these comments do more harm than good. If we want to help people understand the complexities of abortion and underline how we can support and empower women, people - and especially people with an audience - need to put more thought into their dialogue.

We don't have to have the exact same experiences as another person to stand in solidarity with them. We only have to make sure their stories are being told respectfully and with as much human empathy as possible.

You can visit BPAS for more information and resources on abortion and women's reproductive health.