This Girl Thinks She’s A Lizard After Wisdom Teeth Surgery And, Honestly, Same 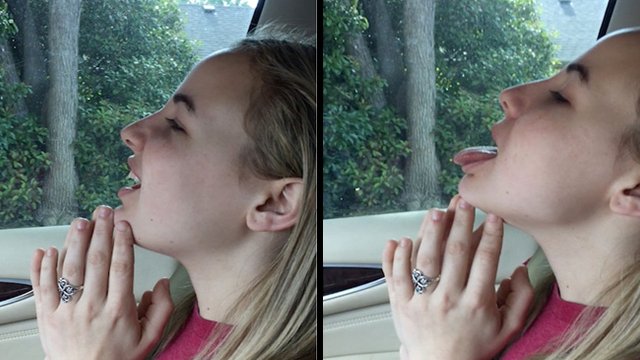 Do you like people who are high on painkillers? Are you a fan of people pretending to be a lizard? Well, congratulations, you've come to the right place.

People high on morphine after visiting the dentist is truly one of the greatest fables on the internet. Now, we have a new edition to the club: Olivia Hurst, the 18-year-old who thought she was a lizard after having her wisdom teeth removed. Watch the magical video below.

Olivia was in the car being filmed by her mother, Liz, when the soon-to-be iconic moment happened.

"At first, she thought she was a lizard, then she believed the devil had stolen her oesophageal sphincter, which I had to Google to see it was even real", Liz recalled. "Finally, she thought she had two tongues which were also taken out." Oh dear.

"I couldn't get over the fact that my sweet & smart daughter, who is top three in her class, was convinced about these hilarious things. I just thought, 'That's some really strong stuff doctors give out now. She carried on like this for about an hour, all the way back from the doctor's office. After a quick nap, she was back to normal."