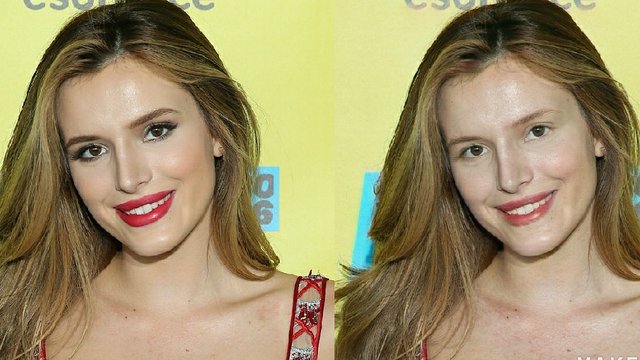 Yes, some guys think women are "lying" when they wear makeup.

If you've ever heard the phrase "take her swimming on the first date", you'll know that there is a portion of the population kept up at night by the idea that women look different when they wear makeup.

Dudebros convincing themselves that women who wear makeup are "lying" to them isn't a new thing. Now, there is an app for every man irrationally angry that a woman had the audacity to cover her dark under eye circles.

Meet MakeApp, the AI that promises to "add or remove makeup from any face".

This app endeavours to show what a person's face looks like without makeup.

Another way to see a woman without makeup would be to interact with her long enough to form a relationship in which one might have an overnight romantic encounter. Most women do not sleep in makeup and thus can be lulled into showing their TRUE form to a potential suitor.

We tried the app with Bella Thorne because she has a nice proportional face and, notably, is a woman who wears makeup. 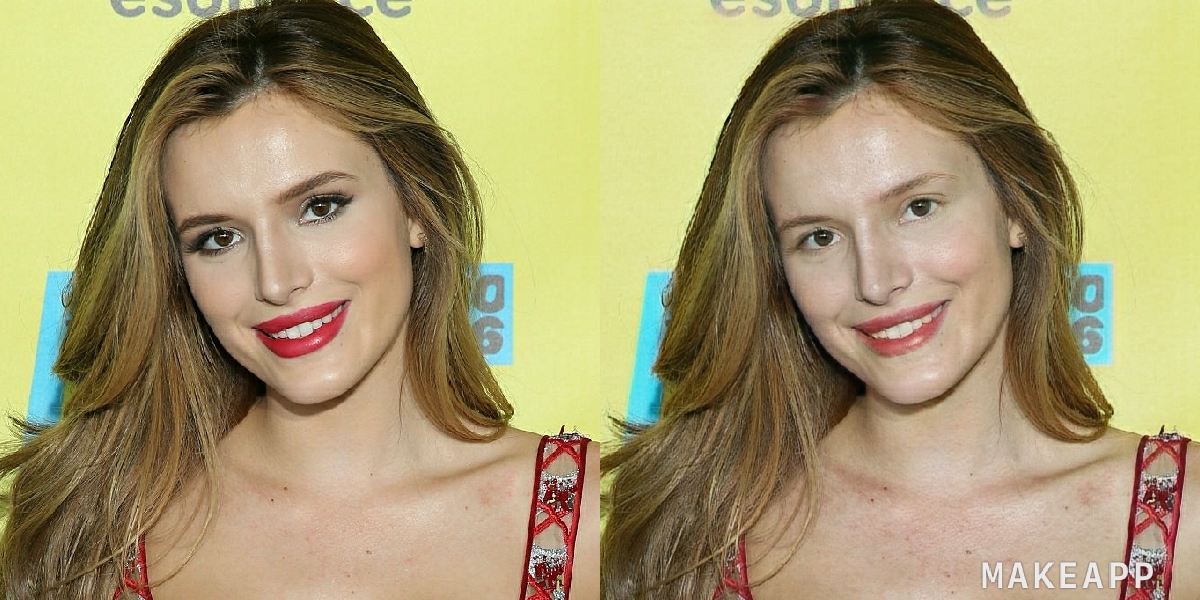 Compare this with a no-makeup selfie Bella posted to her own Instagram and decide for yourselves whether the app is any good.

The app's efficacy is probably less fascinating than trying to understand the people who actually think an app that removes a person's makeup is some kind of innovation.

In a review, one user even claimed that the app was a "game changer" in that women could no longer "lie about their appearance". Please spare a thought for this person who probably thinks women wear glittery gold eyeshadow in order to "lie" to the world about not actually having gold eyelids.

One might also examine the possibility that not everything a woman does is for the approval or entrapment of a man.

Needless to say, scrolling through the MakeApp hashtag on Twitter is a journey into a world of people chomping at the bit to expose "deceitful" women.

Is there an upcoming app that can figure out why some dudes are so obsessed with women who wear makeup? 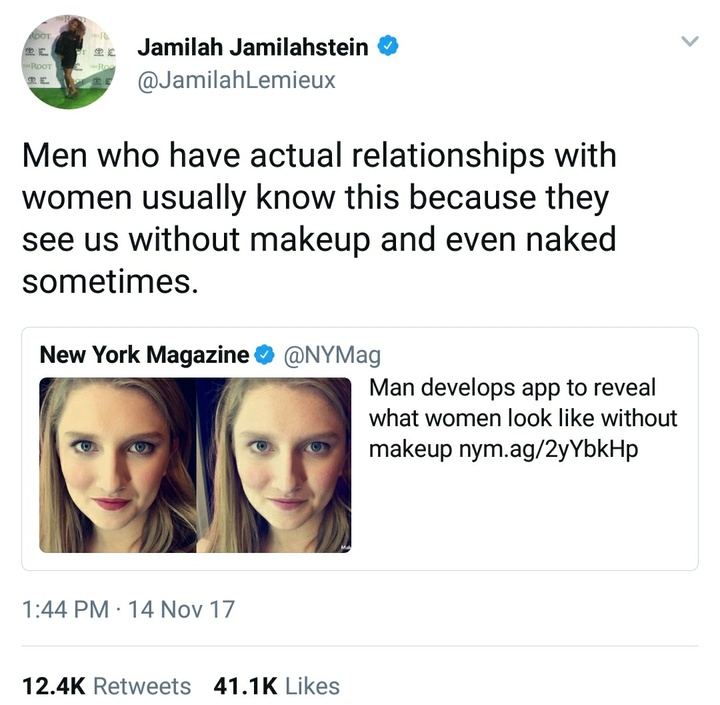 Anyway, this app is available in the Google Play store and App Store for free. We won't link it here because Google is also free and this app is... meh.

I hope, though, that anyone who believes this to be a way to "expose" women will perhaps consider venturing outside for some fresh air. 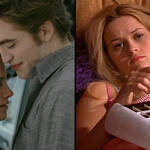 QUIZ: Do you have a soulmate or are you destined to be alone?