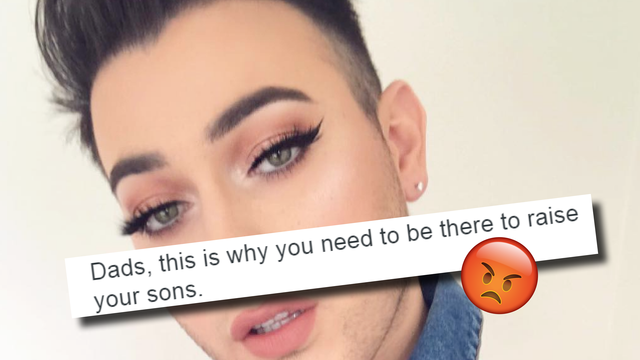 If you're not exactly in the know, this is Manny Mua.

Manny Gutierrez is a 25-year-old LA resident known best for his amazing makeup skills and personality. You've most likely seen him on your Instagram explore page or your YouTube recommended.

He's been leading the charge of male social media muas for a few years now and was recently offered a brand ambassador role with Maybelline.

Manny is also proudly out as gay and advocating for others in the LGBTQ+ community. So, when a blogger by the name of Matt Walsh tweeted a nasty message about Manny's sexuality, the makeup guru had to shut that down.

The initial tweet was meant to imply that fathers offer guidance that would ensure their sons grow up to be masculine which is just a dumb thing to think, let alone tweet.

Walsh's attack on Manny seems pretty unprovoked. The pair clearly do not run in the same circles and Manny is actually successful.

Manny's clapback was perfect but his dad's response was the icing on the cake. 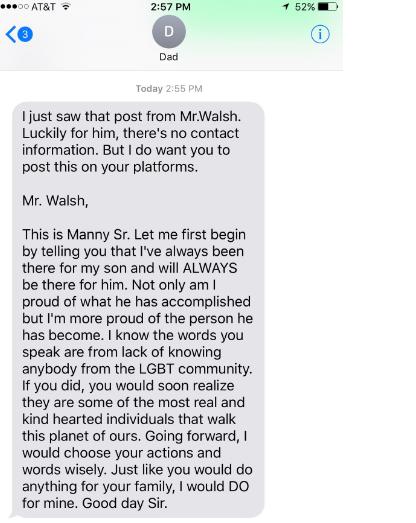 Manny even had loads of people coming to his defense against the blogger.

@MattWalshBlog While he inspires and uplifts countless people worldwide, you have a hateful blog that no one reads ¯\_(ツ)_/¯

After all that excitement, Manny just had one more important message about masculinity that we can all learn from.

Being a man isn't about how "tough" or "masculine" you are ... it's about taking care of the ones you love.