This Is Why People Wore '$1.05' Signs At The March For Our Lives Event 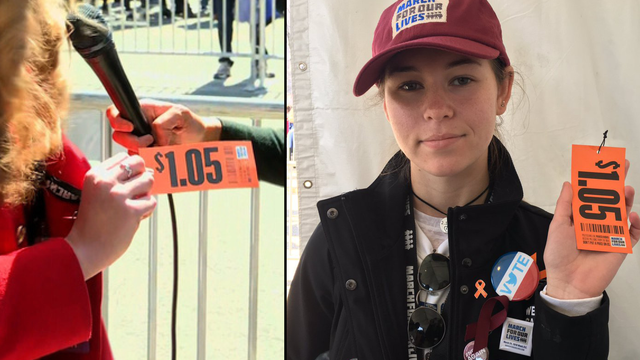 The sad but important reason people wore this price tag at the groundbreaking protest.

Large crowds of students, celebrities, and activists gathered in Washington DC and in cities across the United States over the weekend to call for serious gun-control legislation.

The March For Our Lives protest was spearheaded by survivors of the February 14 school shooting in Parkland, Florida. Student leaders organised a groundbreaking event that gave voices to the millions of young people calling for an end to gun violence.

As a part of the protest, the organisers also made powerful statements about the politicians who regularly take money from the National Rifle Association. One such statement was the $1.05 price tags some of the protestors wore on Saturday. 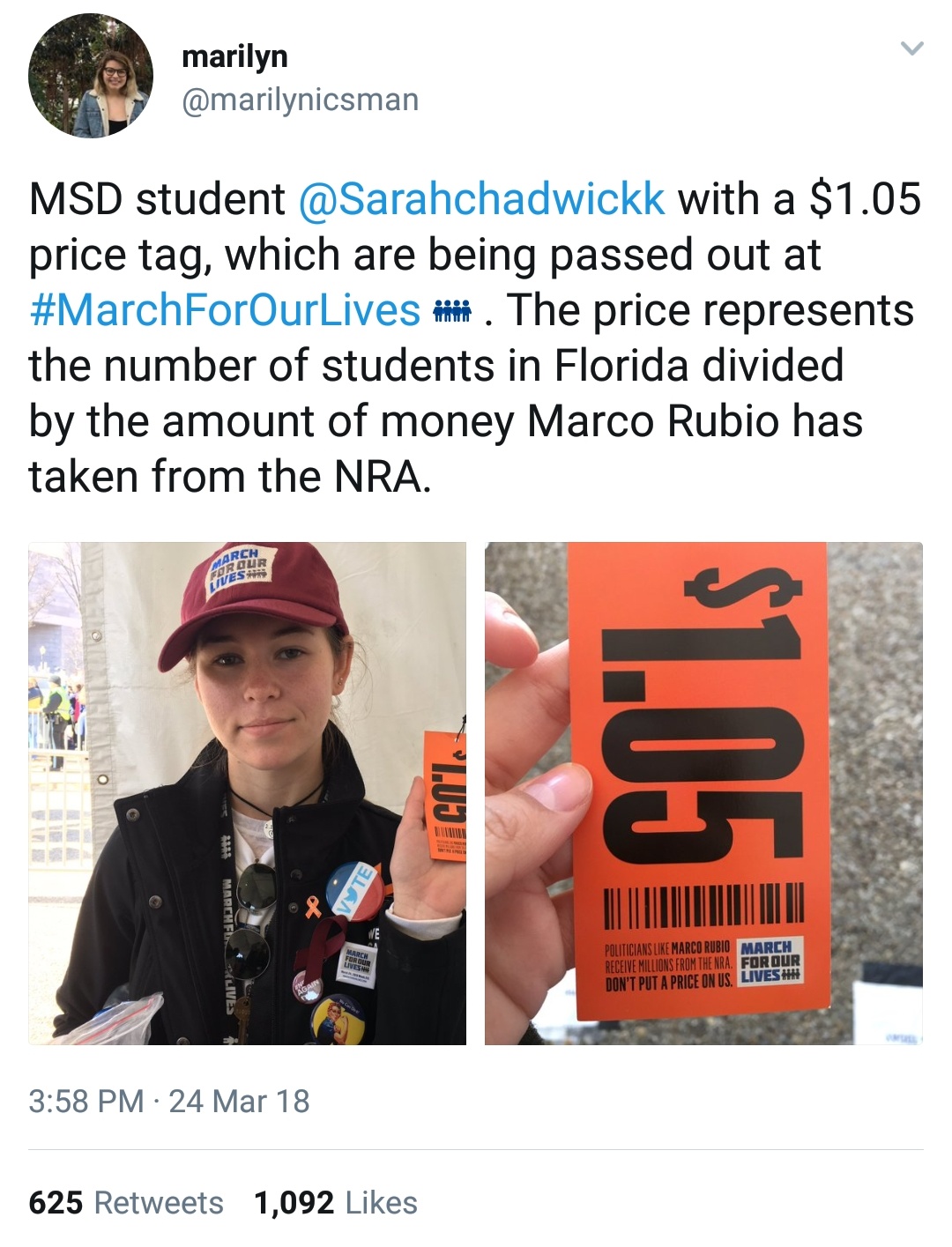 And it was also visible on the lectern where Emma Gonzalez and others gave speeches. 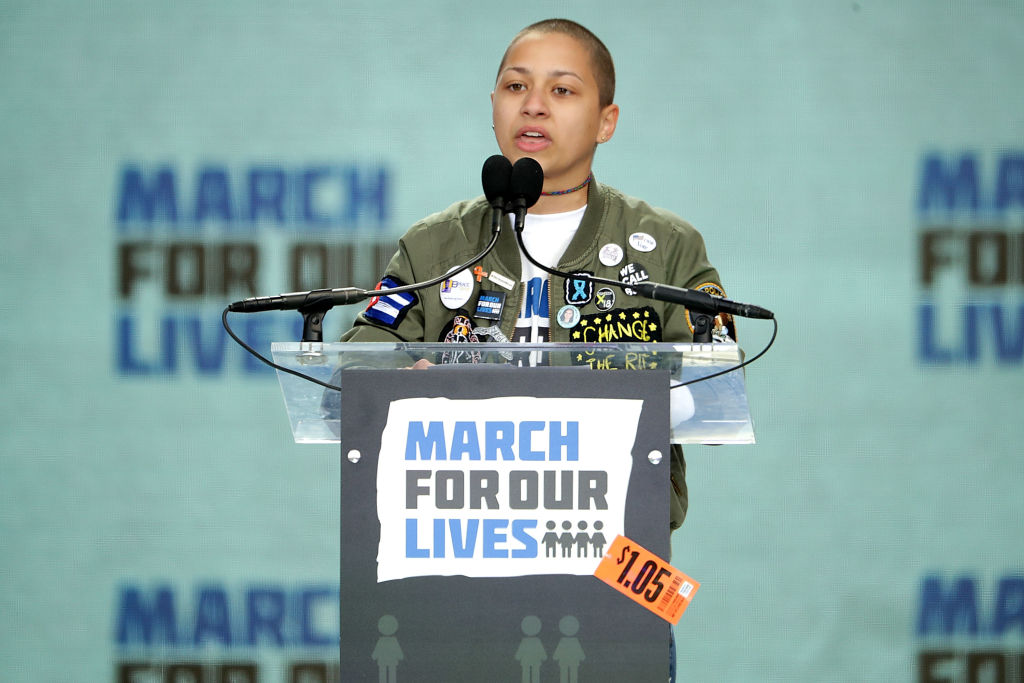 While the number may seem abstract, it's actually a sad but important figure. MSD student Lauren Hogg explained to CNN that the $1.05 figure was the number reached when they "took the amount of money that Marco Rubio took from the NRA and divided it by every single student in the state of Florida."

Last year, the New York Times reported that Marco Rubio had taken $3,303,355 from the NRA. Rubio is the senator from Florida where the deadly Parkland shooting took place. 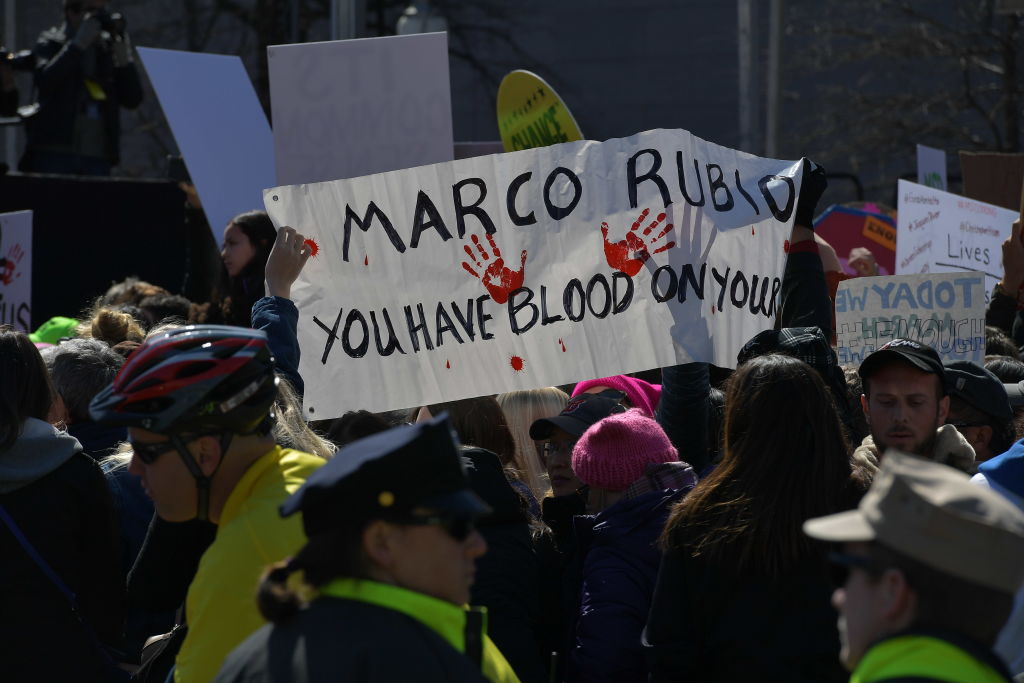 The students' numerical breakdown goes a long way toward explaining why organisations with deep pockets, like the NRA, should be restricted from dominating politics with these large donations.

Senator Rubio has not responded directly to the $1.05 call out, but issued a statement on Saturday saying "I commend those who are exercising their First Amendments rights to march in favor of a gun ban".