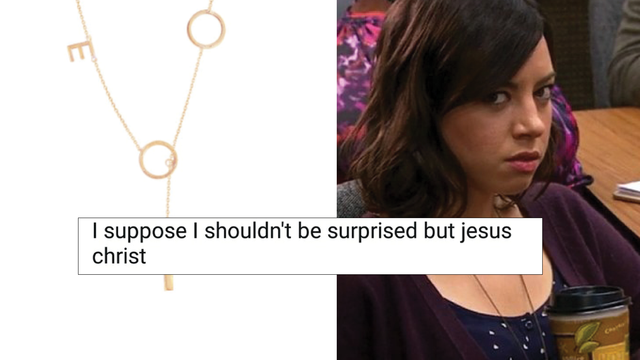 The creator has defended herself by saying,"I don’t want to profit off of people’s pain."

If there is a viral hashtag, chances are that the corresponding merch is not far off. We've seen so many feminist and social justice movements boiled down to t-shirts and novelty cups that it's hard to muster up surprise each time it happens.

#MeToo gave sexual harassment victims a way to talk about their painful experiences and traumas. It also happens to be the name of a movement started 10 years ago by an activist named Tarana Burke.

Despite the solemn nature of #MeToo, people have, unfortunately, turned it into a vehicle for profit.

Jewelry brand, Adornia, has come under fire for selling what many believe to be an inappropriate item of 'Me Too' merch.

Today in the complete and utter reprehensible cooptation of feminist causes, a brand is selling a "ME TOO" necklace. FUCKING HELL. pic.twitter.com/HlXHuhsgF7

The brand also sells lariats that say "nasty" (as in nasty woman), "woke", "fake news" and "gay". This commodification of movements and identities appears to be a part of the business model.

Unfortunately, sexual harassment isn't an 'I went to Hawaii and all I got was this stupid t-shirt' moment. For many women, even tweeting 'Me Too' required them to confront traumatic moments and memories that they'd been forced to push down because of the stigma.

Suffice to say, people weren't impressed with this merch. 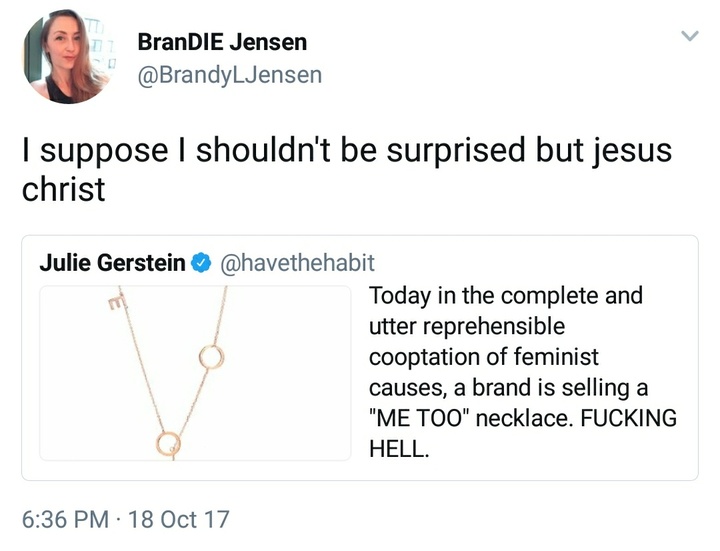 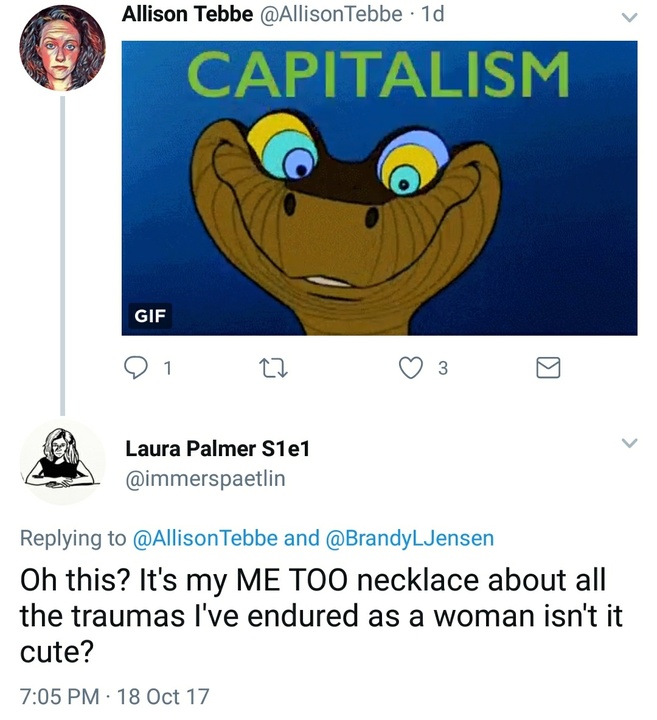 The brand's founder, Moran Amir, told The Daily Dot that it wasn't her intent to cause offense.

"I can see how it can get misconstrued. I don’t want to profit off of people’s pain," she told The Daily Dot via email. "I am a female artisan who is personally connected to the issue and have designed a tool to empower women and connect our similar survivor stories."

After the backlash, Amir decided to donate 100% of the necklaces profits to RAINN (Rape, Abuse, and Incest National Network).

We're willing to attribute this misstep to poor judgment rather than malice. Unfortunately, this does serve as a poignant reminder that not everything needs to be harvested and sold for profit.

All the hidden Sparrow Academy symbols in Umbrella Academy season 2

QUIZ: We know what piercing you should get based on these personality questions

QUIZ: Decorate your dream house and we'll reveal which Hogwarts house you actually belong in

QUIZ: Can we guess your ideal partner based on your Disney preferences?