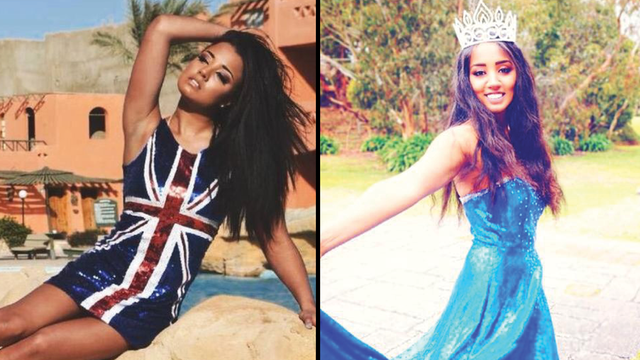 "I don't think it is the right to have my face representing a pageant ethos I do not believe in."

Zoiey Smale has handed back her Miss UK crown after being urged to lose "as much weight as possible" for an upcoming competition. Zoiey won her crown in June but has decided to withdraw from the title because she did not want her "face representing a pageant ethos I do not believe in."

Zoiey is a UK size 10 (US size 6) and told the Daily Mail that it "hurt like hell" to be informed she needed to go on a diet plan for an upcoming competition. Zoiey was set to participate in the Miss United Continents pageant in Ecuador but was told by pageant bosses that her chances of winning would be improved if she dropped weight.

She told the Mail that the request made her feel "rubbish" about herself for a long time.

In a passionate Facebook post, Zoiey explained why, after 10 years in the industry, she had to take a stand against this type of body shaming.

Zoiey wrote that the experience has opened her eyes. Since her announcement, her social media has been flooded with messages of support

"Well done for having the courage not to sell yourself out," wrote one Facebook commenter. "True beauty. You are an inspiration," wrote another.

As a role model for young women, Zoiey made an admirable choice. There are very few healthy ways to drop weight in a short amount of time. Other than that, beauty comes in all shapes, sizes, and shades. Well done to Zoiey for taking a public stand against this toxic brand of body shaming.