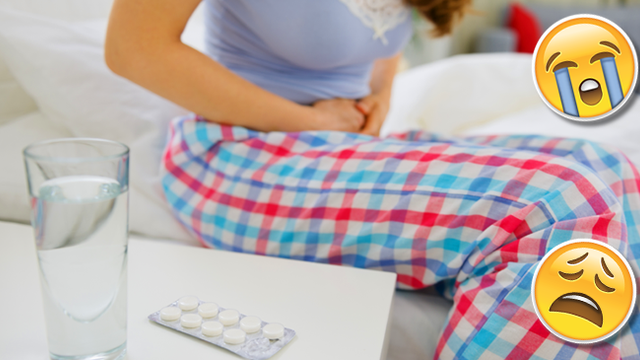 Have you ever wondered how there is still no known cure for cramps? While they're easy for some women to deal with, others suffer from way more severe symptoms and possibly even endometriosis, like Halsey. Like for real, how are we still having to rely on budget pain killers to get through life?

The reason? It's because science is still sexist, even in 2016.

via youtube.com / via giphy.com

According to The Independent, 9 out of 10 women experience and suffer from PMS - that's like, BILLIONS. (Actually, HelloGiggles did the maths and it's like 3.1 BILLION people.) But here's the real kicker, there are five times as many studies on erectile dysfunction as there are on PMS - but only 19% of men experience symptoms of ED. (That's 661 million people by the way.)

SO WHAT'S THE DEAL WITH THAT?

Apparently, researchers - the majority of which are male - suggest that PMS doesn't *actually* exist. Kathleen Lustyk, a psychologist from the University of Washington, told ResearchGate that she had medical reviews rejected on the grounds that the reviewers did not believe PMS actually existed.

It was suggested that PMS was “merely a product of our society or culture that has painted a natural process in a negative light and that, given its monthly predictability, leads to suffering through anticipation."

"I suspect that this is a fancy way of saying it’s really just in a woman’s head," she said.

There are 150 known symptoms of PMS and yet there's barely ANY scientific research carried out in that area - there's only so many ibuprofen someone can pop in a day, Doc. And besides, over 40% of women suffering from PMS don't respond to treatment at all and 5-8% of women suffer from a more dangerous form of it, premenstrual dysphoric disorder (PMDD), that can actually be misdiagnosed as bipolar disorder and even lead to attempted suicide.

Basically, gender bias in science is real and we're all suffering because of it. Here's hoping this generation's influx of intelligent young females arrive in time to save the day for women all over the world. In the mean time, put the kettle on and pour yourself a nice, scorching hot water bottle. 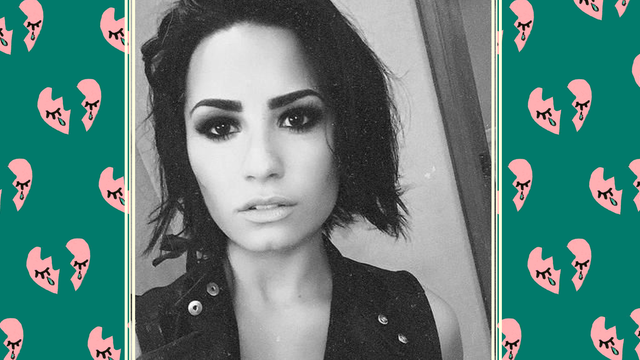 Demi Lovato Opens Up On Mental Health: "I Thought I'd Be Dead By 21"