Messages of support are coming in from around the world.

At the time of the attack, Pulse was hosting a latin night headlined by transgender artists. It is LGBT people from the latino community that have been the worst affected. It is also the deadliest mass shooting in American history and the biggest terrorist attack on American soil since 9/11.

While many details about the massacre are still yet to be confirmed, two things are obvious: that this was a deliberate hate crime against LGBTQ+ people, and this crime was enabled by legal gun ownership in America.

People are still coming to terms with what happened on Saturday night, with an outpouring of messages across social media. Throughout Sunday, #LoveWins, #Pulse and #Orlando were trending, with the vast majority of messages sending love, thoughts and prayers to the victims and their families from people all over the world. Here are just a few of the many messages in the last 24 hours.

Sydney Harbour Bridge is lit in rainbows and the city in pink in memory of #Orlando #loveisloveislove pic.twitter.com/aFaKHCSc0i

One World Trade Center. Once the site of a mass casualty, paying tribute to a wonderful community #LoveWins pic.twitter.com/RP4NzimKRl

Paris stands with Orlando. Tonight @LaTourEiffel will wear the rainbow flag as a tribute to the victims. #lovewins pic.twitter.com/MDk4ZamrRg

Many have used the events to encourage the LGBTQI community to stand together against all forms of bigotry, including homophobia, racism, transphobia and Islamophobia.

This was an assault on queers, undocuqueers, Latinos, immigrants, Americans. The men and women I love, my people, mi gente, mi familia.

Sending all my <3 to the #Latinx community right now. The victims & survivors of #Orlando are queer and trans Latinxs- let's not forget that

As this nation continues to pass anti-LGBTQ legislation while failing to pass gun legislation, we get Orlando.

FYI: The gay agenda has always been "enjoy every moment you can before a hateful person takes it away."

Many celebrities shared their grief and sympathies with the families of the victims, as well as showing their support to the LGBTQ community.

be proud. do not let fear win. even when it's hard.

Stand strong w/ ur pride, it belongs to u. Love is opposite of hate. My sincerest mourning 4 LGBTQ's suffering 2day pic.twitter.com/0n3A143GEg

Our love and prayers are not enough. GUN. CONTROL. NOW. #LGBTPOWER #Orlando

Luis Vielma worked on the Harry Potter ride at Universal. He was 22 years old. I can't stop crying. #Orlando pic.twitter.com/Nz2ZCWxNsS

Not living in fear is a form of activism. #PrayForOrlando

It's hard to quantify how much hate a person must feel to kill 50 innocent people simply because they are LGBTQ+, during the month of Pride. The victims were people like anyone else; they had friends, family, loves. All they wanted to do that evening was to go to a space where they felt safe to be themselves. That night, however, they weren't. The whole PopBuzz team would like to extend their deepest sympathies to the victims and their families, as well as expressing our support for all members of the LBGTQ+ community.

If you'd like to help support the family of victims in anyway, FADER have made a list of organisations over here. 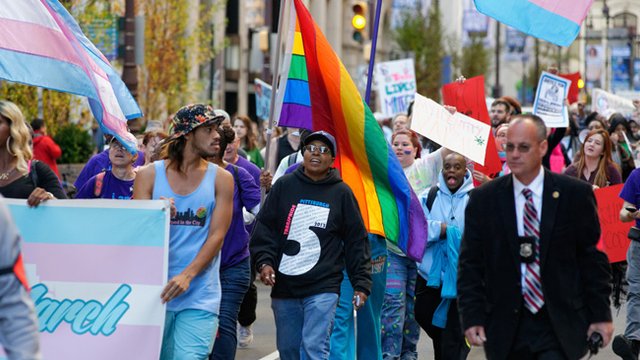