I can't believe this has to be said.

People do a lot of things because they think it might jazz up their nether regions. Some people drink excessive amounts of pineapple juice, some people get "vajazzled" and some people put glitter down there...seriously.

In case you were thinking of hopping on the glitter bandwagon, doctors are now seriously advising against this practice.

A company called Pretty Woman inc is selling a product called "passion dust". As vague and innocuous as that sounds, passion dust is meant to add a bit of experimentation in the form of a glitter filled capsule.

According to the website, "passion dust is a sparkalized capsule that is inserted into the vagina at least 1 hour prior to having sexual intercourse. As the capsules becomes increasingly warmed and moistened by the natural vaginal fluids it will begin to dissolve releasing the sparkling, candy flavored passion dust inside of the capsule."

If you know a bit about vaginas, you might know the following. Vaginas are self cleaning, they maintain their own pH balance, and are home to lots of "good" bacteria. When sugar and other foreign entities (like the gelatin in these capsules) are introduced, it can seriously mess with the ecosystem of your vagina.

Dr. Vanessa Mackay spoke to The Independent about this new glitter trend. "If women place foreign objects inside their vagina, they risk disturbing this balance which may lead to infection, such as bacterial vaginosis or thrush, and inflammation."

Another expert, Dr. Shazia Malik agreed, saying, "the starch and gelatin will increase the pH as well as adding sugar to vaginal secretions - which will encourage harmful bacteria and fungi such as Candida to thrive." 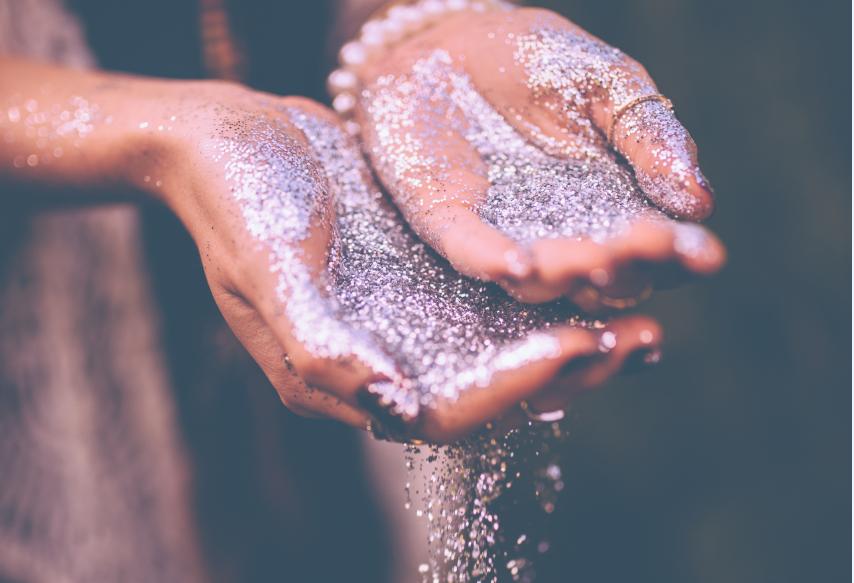 The creator of the "passion dust" defended their product saying, "if you've ever had vaginal issues you had them before you used Passion Dust anyway. If you've ever had a yeast infection i'm sure it wasn't caused by glitter, it just happens sometimes (Oh, the joys of being a girl!)."

Ladies, you 100% don't need a glitter show to have a fun time with your partner. Experimenting is great, but vaginas are fun and exciting without the added element of sparkly stuff.