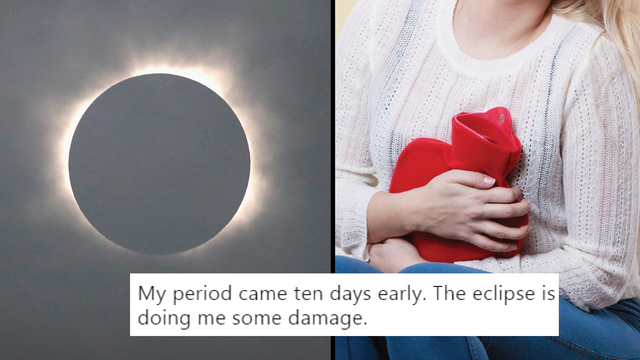 Eclipse, you're doing too much, sweetie.

The internet loves a good celestial event. If you spent even one millisecond online yesterday, you'll know that #Eclipse2017 was trending all day, as the rare event captivated skywatchers.

While people had their (hopefully) protected eyes on the skies, some women reported that something was a bit off kilter with their menstrual cycles.

Some people noticed their period was HELLA early and wondered what that meant.

Other people ended their periods during the eclipse, leading them to wonder if it was a sign. 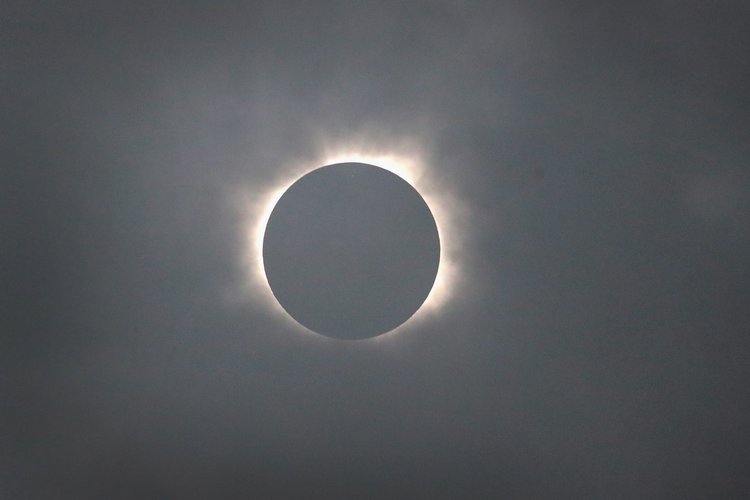 We know that periods can be disrupted for a bunch of reasons. We also know that theories about the moon and menstrual cycles have been swirling around for centuries with little scientific standing.

One expert notes that the average 28-day cycle "appears to mimic the length of the 29-day lunar cycle", but no one can say for sure whether these two things are actually related or if they merely seem related.

You've probably been told that the human brain tends to seek patterns and correlations where there are none. But, who knows? Maybe we are all creatures governed by the moon.

Personally, if a woman tells me that the solar eclipse gave her powers to overthrow the patriarchy, she's my new leader and I'm suiting up for the revolution.