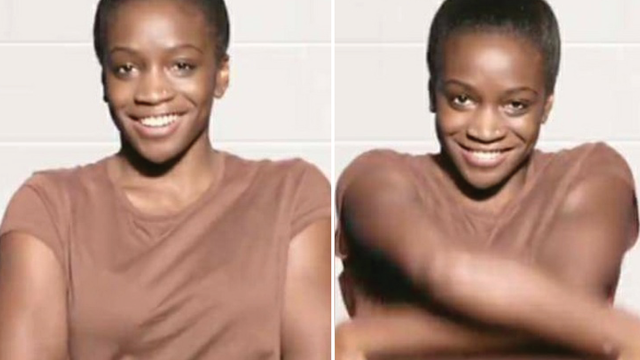 Hello, and welcome to today's episode of 'How Are We Still Doing This In 2017?'.

Dove, the ubiquitous personal care brand, is facing some serious backlash after uploading a poorly thought out image onto Facebook. The short advertisement features three women removing t-shirts to reveal a different woman underneath.

It's all well and good until you realise the ad is for soap.

The optics are less than ideal here, as the black woman pictured appears to "turn white" in the ad.

have you even seen the full ad? pic.twitter.com/Ah6aY8nunE

People pointed out that the nature of the ad had a dark historical context.

Let's be clear, Dove knew exactly what they were doing with their racist ad. Soap companies used to do this racist theme all the time pic.twitter.com/EzvAiExNcP

A simple google search will pull racist cleansing and soap ads just like the new dove ad. Here is another. pic.twitter.com/a9WYufmO1l

Historically, brands used the promise of "lighter" and "brighter" skin to incentivise women of colour into using their products. The implication was that darker skin was something unclean to be washed away. This is, of course, a footnote in a wider conversation about colourism in communities of colour.

Others even noted that this wasn't Dove's first foray into the world of racist ads.

This is so wrong. Normal to dark skin. Really. Pic by @jonalisag pic.twitter.com/JH4TjpkvwI

After the backlash rose to insurmountable levels, Dove issued an apology for having "missed the mark"

An image we recently posted on Facebook missed the mark in representing women of color thoughtfully. We deeply regret the offense it caused.

But, not everyone was satisfied with the response.

You can do better than "missed the mark." Flip + diminishing. Deepens your offense. You do good work. Have been for years. Do better here.

Thought that Dove ad was fake until the apology happened. People actually sat at a table and said "Yeah post that picture"? pic.twitter.com/DZyj2jMned

I deeply regret that I won't be able to use your products anymore. The apology is almost as tone deaf as the ad.

Words and images mean things. The historical context of implying that darker skin can be cleaned or wiped away with soap is too hurtful to ignore.

Brands clearly need to start hiring people of colour to vet these ideas, because it's too late in the game to keep making these basic mistakes.