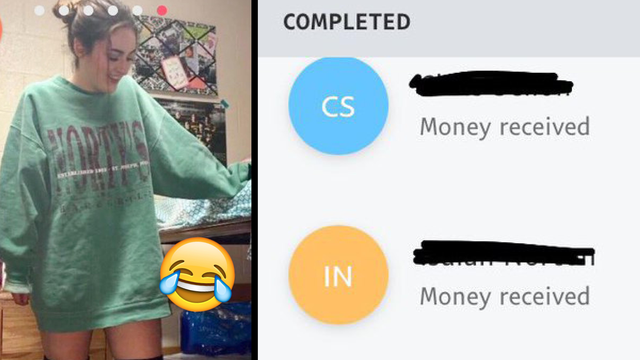 I wouldn't send someone on there to meet their Prince Charming™, but if you're looking for a free meal at the expense of some personal trainer in your area, who am I to judge?

A 20-year-old named Maggie Archer shared a genius Tinder scheme that might actually make the app worth your time. Honestly, we are shook.

The best possible use for tinder pic.twitter.com/bYs49yEds6

First, Maggie put this cheeky line in her bio: "send me $5 and see what happens".

Because men are creatures with wild imaginations, they actually end up sending her the cash via Paypal.

Next, she hit them with that unmatch.

And, well...don't hate the player. Hate the game.

Everyone thinks it's the heist of the century.

As for anyone that feels bad for the guys. Well...did she promise anything? No. Did she offer anything? Did the guys send the cash of their own free will?