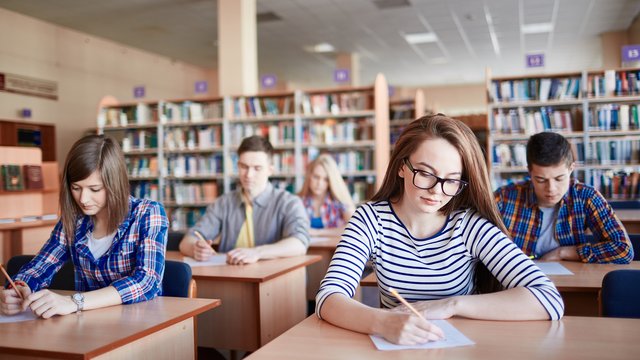 Residents of Westport have reacted badly to the choice of topic for this year's contest.

An essay writing competition for high school students has come under fire on social media for choosing "white privilege" as this year's choice of theme.

MTV reports that TEAM, a diversity committee based in Westport, Connecticut, has run the contest for the last four years, encouraging young writers to tackle topics including race, gender, religion and sexual identity.

Back in January, they set out their latest challenge to pupils, aiming to tackle the timely topic of white privilege and its role in society.

"White privilege surfaced as a topic during the recent presidential election. In 1,000 words or less, describe how you understand the term "white privilege." To what extent do you think this privilege exists? What impact do you think it has had in your life — whatever your racial or ethnic identity — and in our society more broadly?".

However, after the announcement, TEAM's Facebook page has been bombarded with negative comments from local residents angry at the supposed "racist" implications of the subject matter.

Other residents interviewed by Associated Press and the New York Times became very defensive on the subject and "chafed at the idea that race was a factor in their success."

Here's the thing though - for the residents of Westport, white privilege is perhaps the most important topic they could have chosen to examine.

The town has a population of around 26,000 - 93% of whom are white. The median family income is over $150,000, and it is home to the world's largest hedge fund, Bridgewater Associates.

Like it or not, they are in a privileged position - what's wrong with encouraging young people to explore their position in wider society and comment on their experiences have allowed them to flourish? Surely that's the kind of conversation that should be encouraged if we are to address the imbalance in circumstances across the nation?

Harold Bailey, the chairman of TEAM has noted that while there has been plenty of positive responses to the contest, "Just the fact it says 'white' and 'privilege,' for some people that's all they need to see, and all of a sudden we're race-baiting or trying to get people to feel guilty...That's not at all what it's about."

TEAM have subsequently issued a statement about the contest that basically hits the nail on the head:

"a. The essay topic is intended to allow Westport 9-12th grade students to write about what the challenge means to them.

b. It is not and should not be about what

c. The only voices that matter are those of the Westport student essayists"

Indeed, the purpose of a school essay contest is to encourage writing from students. Certainly, the surrounding controversy will give them plenty to discuss in their entries.

What do you guys think? Is it time to have more discussions on "white privilege"? Let us know below.