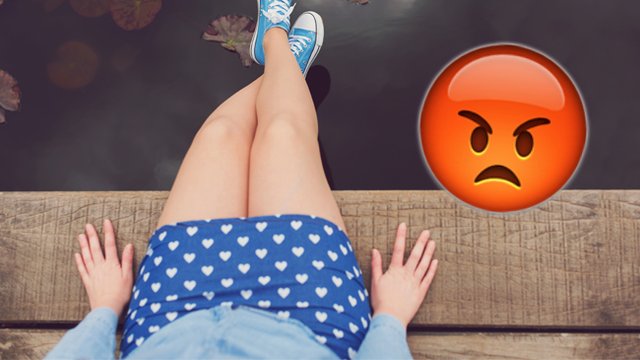 Some seriously sad statistics are revealed in this updated survey from the Fawcett Society.

In sad yet perhaps unsurprising news, a new study has shown that a large proportion of young men blame sexual assault on girls who wear short skirts and drink alcohol.

Newsbeat reports that the study of 8000 men and women, conducted by the Fawcett Society, found that a whopping 41% of men aged 18-24 believe that a woman who is drunk and wearing a short skirt is "totally or partially to blame" if they are then the victims of sexual assault.

Were these the same men who couldn't understand why a women's march was necessary this past weekend (January 21st) by any chance?

Even Sam Smethers of the Fawcett Society was left shocked by the scale of the results:

(I'm) shocked by the scale of the blame culture. Our blame culture is deeply embedded in our society. That internalised misogyny that you see that women display against other women, that's really quite painful to see.

Painful is definitely the word here.

But, perhaps even more shocking is the fact that 30% of females aged 18-34 surveyed also believed that drunk women in short skirts were "totally or partially to blame" for their assault.

Oh, and in case you thought it was just young people who need a lesson in consent, 55% of women and 48% of men over 65 would also blame the victim.

Look, if you really think that blaming a victim for allowing themselves to get assaulted is an acceptable point of view then congratulations, you just managed to make the Women's March even more vital than before and will strengthen the will and determination of its participants through your ignorance.

But, how do we go about changing their perception of these issues? Sam Smethers has some ideas:

Get involved, join the campaign, join an organisation, get involved in your university or school societies... get out there and start to make that change...specific changes like statutory age-appropriate sex and relationships education in our schools. It's important that we focus on the positives as well, particularly for younger women and younger men, where you're more likely to find people describing themselves as feminists and wanting to see equality. Fundamentally, there are more people who do want equality for the women in their lives, than there are those who don't.

Let's hope we can tip the balance over a bit more for the "those who want equality" side.

What's your view on this latest study? Let us know your thoughts below.