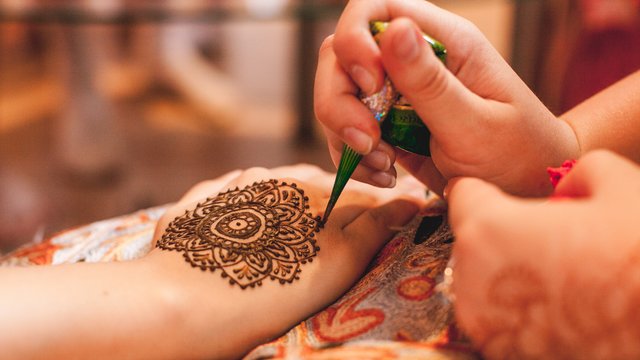 A young tourist was left scarred after using so called 'Black Henna' while abroad.

A teenager has suffered chemical burns after getting a black henna tattoo while on vacation.

Metro reports that Teigan Koorts, aged 13, got the tattoo while on a trip to Greece but was left with scarring after a bad reaction to the chemicals involved. Unlike regular henna, black henna contains many chemicals, including p-Phenylenediamine or PPD, and has actually been banned in both the UK and the US.

The burn began several days after the initial designing and could potentially be a permanenet scar and, at the very least, will take 6 months to fully heal.

"Teigan has always wanted henna and she was really excited when I said she could get it. It was just meant to be a holiday treat but it turned into an absolute nightmare. The doctors have told us it will be visible for six months but there is no way of knowing, everyone’s skin is different. She could be scarred for life. With everyone on summer holiday at the moment, I just want to warn everyone to avoid black henna. If sharing Teigan’s experience can help even one child, that’s something."

Two years ago, The British Skin Foundation launched an awareness campaign about the dangers of black henna after UK dermatologists reported a rise in the number of reactions. Be careful out there people and always be sure to check just what exactly the henna you might be getting is made of, particularly when abroad.