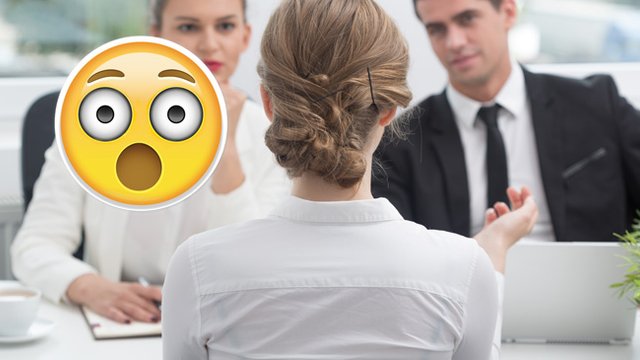 The 18 year old was applying for a job at TGI Friday's when the questions took a seriously weird turn...

A teenager applying for a job at TGI Friday's was left shocked when the interviewer put him through a truly WILD game of 'Would You Rather?'.

As The Daily Mail reports, instead of the standard job interview questions like 'What is your best strength?' or 'How do you work in a team?', the 18 year old from Derby, UK was hit with a much more difficult question in order to check their suitability for the job...

"The first question I was asked was whether I would rather watch my parents have sex for a year or join in just for the start. I was absolutely gob-smacked."

But wait, it gets even worse - here's question number 2:

"Would you rather shit a brick or cry glass?"

We'd love to know which answer would get this person the job.

"Before I'd had chance to respond I was asked whether I would rather eat chocolate flavoured s*** or s*** flavoured chocolate."

Tbf that's the question we all ask ourselves when we're looking through the TGI's dessert menu.

The interviewer has now been suspended by TGI's and the teenager, who hasn't been named, has been offered another interview. Whether he'll actually still want the job though, of course, remains to be seen...