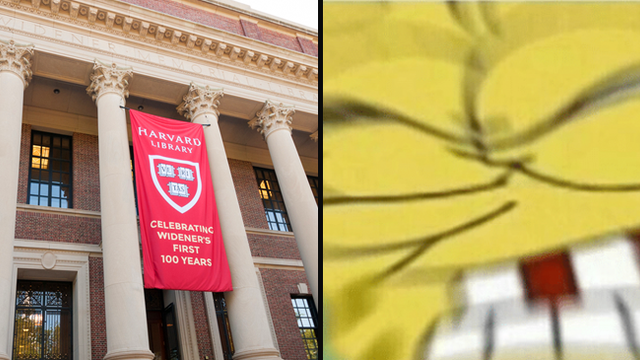 These are seriously offensive.

Listen, we all love memes. You might even be your squad's self-proclaimed Meme Queen or Meme Librarian but maybe you should start thinking twice over which memes you actually share in your private chats because you never know where they might end up.

Ten incoming students of the prestigious Harvard University had their acceptances withdrawn after it was discovered that they had shared some absolutely disgusting racist, sexist and outright unacceptable memes in a college meme Facebook group.

You can find the offending memes here as reported on The Tab; we're not going to post them because they're actually disgusting.

According to the screenshots of the group chat obtained by The Harvard Crimson, the memes mock sexual assault, suicide, child abuse, racial and sexual abuse of various ethnic groups and they make obscene comments about the Holocaust.

Anyway, those screenshots of the group chat soon found their way into the hands of Harvard administrators and well... the offenders have been rejected from the school. And that decision is completely final.

Moral of the story and a pro-tip if you're just about to head off to University: Don't share racist memes, and don't be fucking RUDE.