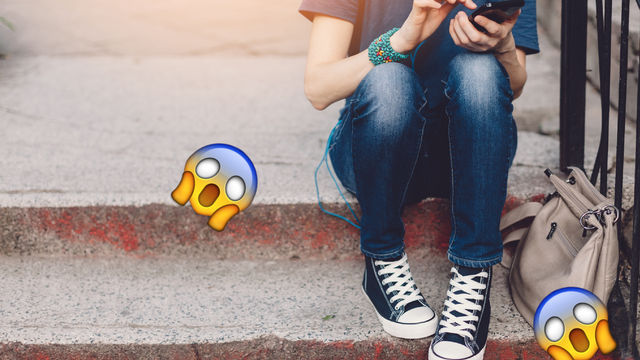 It just wouldn't be the end of 2016 unless we ended things with a bang. And when I say ' a bang' what I actually mean is 'a far-reaching piece legislation that will almost certainly violate your right to privacy in a big way'. #JustLittle2016Things.

This week British Prime Minister, Theresa May, was able to pass a bill four years in the making, colloquially called "The Snooper's Charter". The name is pretty innocuous considering "snooping" is like your weird neighbor going through your trash on bin day. Not your weird neighbour keeping a list of every website you've ever looked at.

Actual footage of Theresa May after the Investigatory Powers Act 2016 passed.

Here's everything you need to know about the Snooper's Charter and how it affects you.

Okay, so this is obviously a big deal and, if this is your first time hearing about this, here is your PSA.

The integrity of a mass surveillance free internet is essential to a modern free democracy--for a lot of reasons, actually.  Britain famously does not have a constitution, so whether this legislation violates some sort of official old-timey document rather than just being unsettling is neither here nor there.

Some may say that if you aren't doing anything wrong you shouldn't be worried but, if an agency is allowed to collect your meta data, building a circumstantial case for anything becomes that much easier.

If you're not down with being watched by Big Brother, here's what you can do.

With every day seeming more and more like a storyline in The Hunger Games or Divergent, it's a good idea to make sure you're fully aware of new laws like these. God speed, comrades.