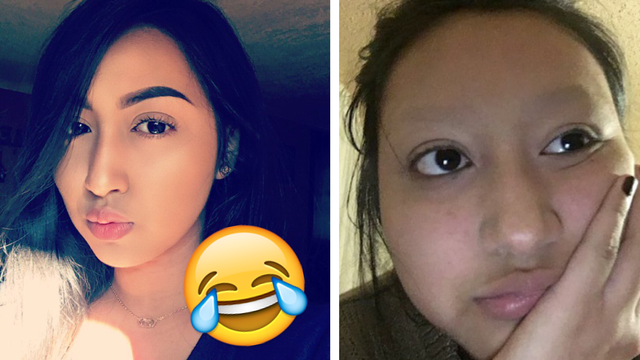 Please try this at home.

Every beauty obsessed person knows that eyebrows are the true windows to your soul. If you mess with your eyebrows, you're messing with your whole face. (Sidebar: I knew a kid in high school who lost a bet and shaved off both eyebrows and, I swear to God, he looked like a baby alien).

As it turns out, eyebrows matter to dudes as well. Just ask 17-year-old Anthony Rabago, who probably had the shock of a lifetime when his girlfriend texted him that she had shaved her brows.

She was watching a Yoda makeup tutorial (because, why not?) when she got the wonderfully dubious idea to fool her boo, Anthony.

Of course, he didn't believe her and thought it was edited. So she doubled down and sent him a video of both eyebrows gone in Snapchat.

To really drive the point home, Lizette sent Anthony the eyebrow emergency of a lifetime.

SIS. This is the prank of the century.