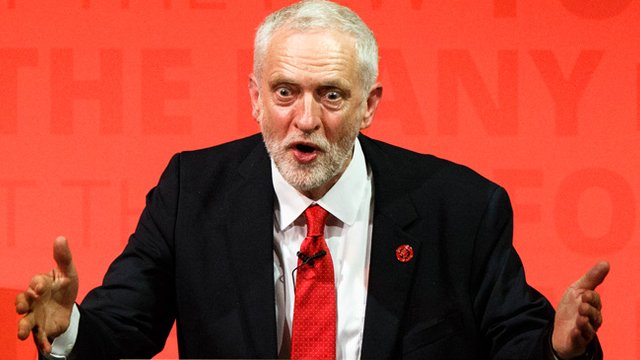 It's the highest turnout of young voters in decades, according to early figures.

The perception that young people are "too lazy" to vote has been shattered by the UK election result, which has seen the highest turn out for younger voters in 25 years.

Not only that but the high turnout has contributed to one of the biggest upsets in British political history, helping to reduce British Prime Minister Theresa May's majority in government, leading to a hung parliament (more on that part in a bit).

Initial reports are suggesting that 72 per cent of 18-24-year-olds who were eligible to vote, did vote. That is a HUGE increase in young voters which has completely confounded expectations of politicians and pollsters. Although, if you'd been closely watching the amount of engagement from young people in this election, then perhaps you won't be so surprised.

To put this in perspective, two years ago in 2015 it was estimated that about 58 per cent of young voters turned out. If we go even further back to 2005, it fell even further to just 37 per cent.

Here's the youth vote turn out in UK General Elections in recent memory:

So what does this mean?

Younger voters are typically more left-leaning, which means that a lot of their votes probably went to Jeremy Corbyn, the leader of the Labour party. It's too early to tell but his proposal to scrap university tuition fees might have helped to bolster the large youth turnout.

While Corbyn didn't win the election (no one did - hence the 'hung' parliament bit), the Labour party did get a lot more seats than expected. That has made a major dent on the power of Theresa May and the Conservatives, who despite having the most seats in parliament, will still struggle to push through policies. She will now need support from other parties (mainly the DUP in Northern Ireland) to help do this, which will be messy to say the least.

All this comes after one Tory MP told the Huffington Post UK during the campaign: “Under-30s love Corbyn but they don’t care enough to get off their lazy arses to vote for him!” Guess somebody is eating a lot of humble pie today!

The importance of the return of 18-24-year-old voters cannot be understated. Finally, at long last, politicians will HAVE to take notice of the needs, concerns and views of young people. Hopefully, this will also lead to more and more teenagers and people in the 20s getting involved in politics.