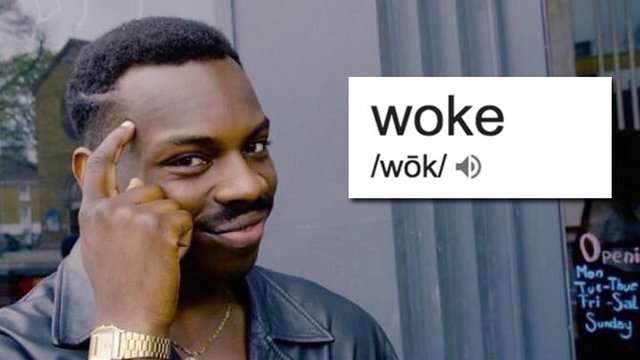 The term has finally got an official definiton (well, a second one anyway).

'Woke', everyone's favourite social justice term of 2017, has finally been added into the Oxford English Dictionary.

(Well, ok, technically it was already in there as the past tense of 'wake' but you know what we mean).

The OED explain the inclusion in a press statement:

"In the past decade, that meaning [of woke] has been catapulted into mainstream use with a particular nuance of 'alert to racial or social discrimination and injustice', popularised through the lyrics of the 2008 song Master Teacher by Erykah Badu, in which the words 'I stay woke' serve as a refrain, and more recently through its association with the Black Lives Matter movement, especially on social media".

So, what is the official meaning then?

Here ya go - wonder no more!

Although, is it just us or does the phrase 'the West Coast has the wokest dudes' make you cringe just a little bit? It's not the sentiment, it's more the image of a dictionary writer using the word dude. Just doesn't feel right.

The OED publishes four updates a year with the next one due in September 2017 so place your bets now kids.