QUIZ: Are You The Sean Spicer Of Your Friendship Group? 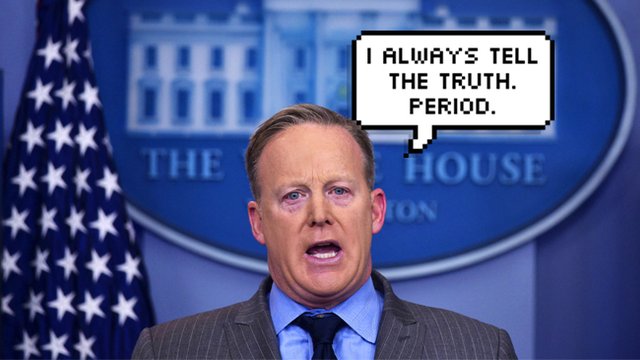 READ: Are you full of bullshit? Time to find out!

Over the weekend, President Trump's new spin doctor Sean Spicer decided to use his first press conference to berate the media for "deliberately false reporting" the size of the crowd at the president’s inauguration.

He then went on to claim that, "this was the largest audience to ever witness an inauguration – period – both in person and around the globe," despite all evidence to the contrary. We feel ya, Sean. We all know somebody who can't help but bullshit their way through life. Hell, we've told a few lies in our time too.

It does beg the question though: are you the Sean Spicer of your friendship group? Only one way to find out...