9 Reasons Why You Should Go And See 'Love, Simon' 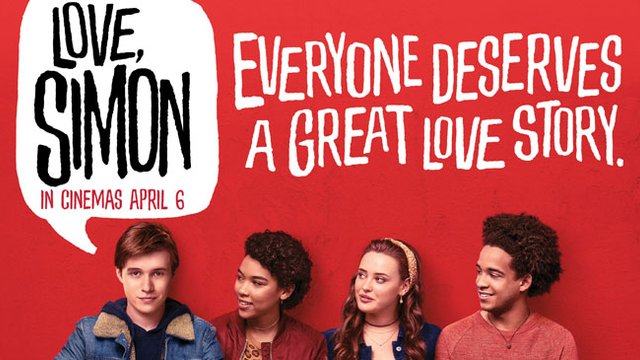 Welcome to your new favourite movie.

Love, Simon might possibly be the most anticipated film on the year and it's not hard to see why. Films like this just don't come along very often.

For those that aren't in the know, the film follows Simon, a closeted high school student who sparks up an email relationship with another closeted student at school, except he has no idea who he is. That doesn't stop Simon getting the feels. Badly.

We were lucky enough to head to see the film in advance and it definitely lives up to the hype (the woman sat next to us actually started crying in the end lol!). So we put together a list of reasons you should ditch whatever you're doing this weekend and head to see Love, Simon.

1. You're going to fall in love with Simon.

Simon is the most adorable guy you could ever hope to meet. Not only was he at the front of the queue when they were dishing out good looks but he also has a caring side. We were particularly smitten when we saw how sweet he was with his little sister. Sure, he's not perfect and can be a little naive at times but that just makes him more human. Simon is the good guy you end up really rooting for.

Simon's funny side definitely comes out in his awkwardness, especially when it comes to boys. Note to self: when trying to spark up a conversation with the hot local gardener (who you've been spying on from your bedroom window^), don't panic and start talking about his boots. Way to kill the conversation, Simon! Honestly, we nearly choked on our popcorn.

3. The soundtrack is pure FIYAH!

Staying true to the amazing soundtracks of teen films of yesteryear like Ghostworld and Juno, Love, Simon has a brilliantly crafted soundtrack. Put together by record producer Jack Antonoff, the soundtrack includes new songs by Troye Sivan, Khalid & Normani, as well as Jack's band Bleachers, including one song, '(Alfie's Song) Not So Typical Love Song', which was co-written with Harry Styles. Oh, and that's not even mentioning appearances from our faves The 1975 and Panic! At The Disco. Yep, it's THAT good.

4. It's an emotional rollercoaster.

We're weren't lying when we said someone cried in the cinema next to us! Yes, you'll be laughing but you better bring some tissues too hun because this film is going to have you in pieces. Falling in love for the first time can be a confusing time, filled with highs and lows, and Simon's story is no different.

5. It's worth the ticket money alone to see Simon in this wig.

Yes henny! Simon is serving John Lennon realness with a side of geography teacher who doesn't leave the house very often. We have decided to stan.

No matter what your sexual identity, Simon's experiences are pretty much relatable to anybody. Keeping secrets, figuring out who you are, falling in love, the pressures of high school; these are things most people go through at some point in their lives. You'll definitely find at least one moment in the film where you be saying 'same' to yourself quietly under your breath.

7. The film features some familiar faces.

13 Reasons Why actress Katherine Langford plays Simon's best friend, Leah Burke. It's her first big feature film since her starring role in the Netflix series and she doesn't disappoint. She's also joined by another 13RW cast mate, Miles Heizer, who plays Cal Price, one of Simon's friends and classmates. Then there's the iconic Jennifer Garner playing Simon's mum and you best be ready for her talk with Simon at the end of the film - it will hit you straight in the feels.

8. Literally everybody's talking about it.

Why? Because Love, Simon is a groundbreaking film. While LGBTQ love stories aren’t anything new in film, there’s never been a big-budget teen film that has a gay love story at its heart. This film is history in the making and marks a new dawn for storytelling and representation for LGBTQ people in Hollywood blockbusters.

9. Because it's the best teen film you'll see all damn year.

And by the end of it you'll be ranting to all your friends about how good it was. You'll probably look a little like Simon in the above GIF.

And in case you need just one more reason to see Love, Simon, you can see it on us at a nationwide preview screening before its released in cinemas on April 6th, click here to get your tickets now.