Madonna can rest a little easier these days as it has emerged that the person responsible for her album leak has been apprehended by Israeli police.

The FBI and Israeli investigators apparently worked alongside one another to help track and arrest a 39 year old man they believe to be responsible for the hacking of multiple computers worldwide.

The man is believed to be behind multiple hacks of several unnamed musicians as well as the distribution of unfinished tracks from Madonna's Rebel Heart release.

This broken ipod is a symbol of my broken heart! That my music has been stolen and leaked! I have been violated as a human and an artist! #fuckedupshit

Madonna has, of course, been at the center of this hacking incident since early December when she likened the song leaks to terrorism and smashed her ipod in protest.

Madonna is likely glad to put the whole ugly episode behind her. Or maybe not.

While the identity of the hacker remains unconfirmed, we're guessing he said something along the lines of… 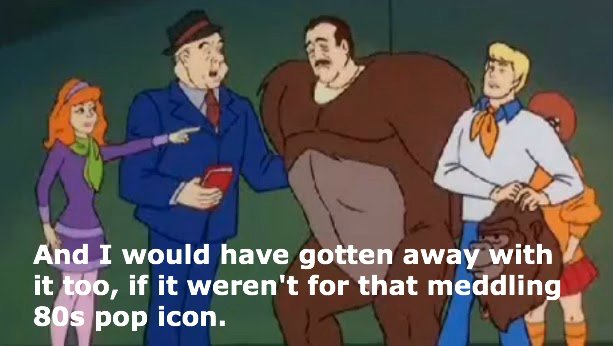 Madonna, Ed Sheeran And Ariana Grande Will Perform At The Grammys

Madonna Compares People (Not) Listening To Her Leaked Album To Terrorism