"I'm A Ruin" is a tasty new portion of a tune to keep you going til lunch.

Hey, have you had your daily intake of new tunes today yet? Doubt it. Here's the latest from Marina And The Diamonds' upcoming album Froot to get you started. 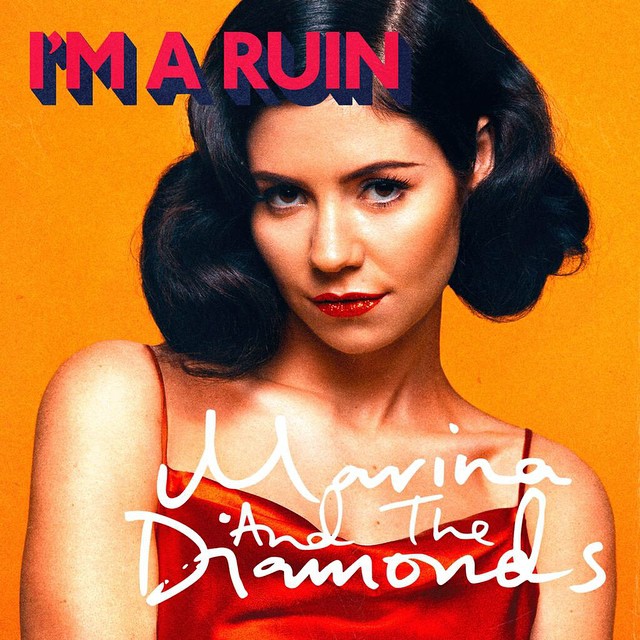 "I'm A Ruin" is the fourth track from the new album that Marina has debuted online. It was due for a February 2nd release, before it's unfortunate leaking due to the vinyl release this week.

However, she tweeted the lyrics ahead of the song's official release, so that fans could get acquainted before they heard it. How lovely.

The audio, released to her YouTube channel, is once again accompanied by the most subtly animated video of fruit in space; it;s cute, and it wouldn't look out of place as a Windows screensaver.

Froot is still a while away, but you can pre-order here and get the released tracks right away.